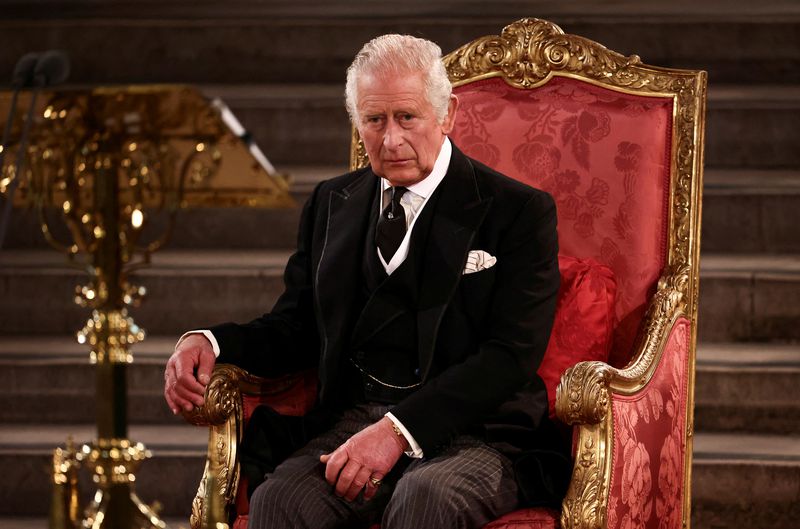 King Charles will not wear the customary attire on his Coronation Day later this year.

The 74-year-old monarch, who ascended to the throne following the death of his mother Queen Elizabeth last September, will allegedly wear a military uniform during his coronation on 6 May 2023 since the customary breeches are “too dated.”

A source said: “Senior aides think breeches look too dated. Though some of the more long-winded elements of the Coronation will be moved aside or modernised, the King was happy to wear the breeches and stockings. But in discussion with senior aides they are saying he should not wear them, so will arrive in a military uniform instead.”

The insider went on to explain that King’s decision to drop the costume – which is believed to predate the 1936 reign of his great-great-grandfather King Edward VII – is an attempt to “modernise” the concept of the ceremony, which has not been seen in Britain since Queen Elizabeth’s coronation in 1953, but asserted that the day will be a “spectacle.”

The source told The Sun newspaper: “It is largely to do with modernising the Coronation and stripping away the stuffiness. They think having a 74-year-old King arriving in stockings and breeches in 2023 looks too dated. They are probably right. There is a myth taking hold that it’s going to be smaller. It will be slightly different, but in terms of scale and spectacle it will knock your socks off!”