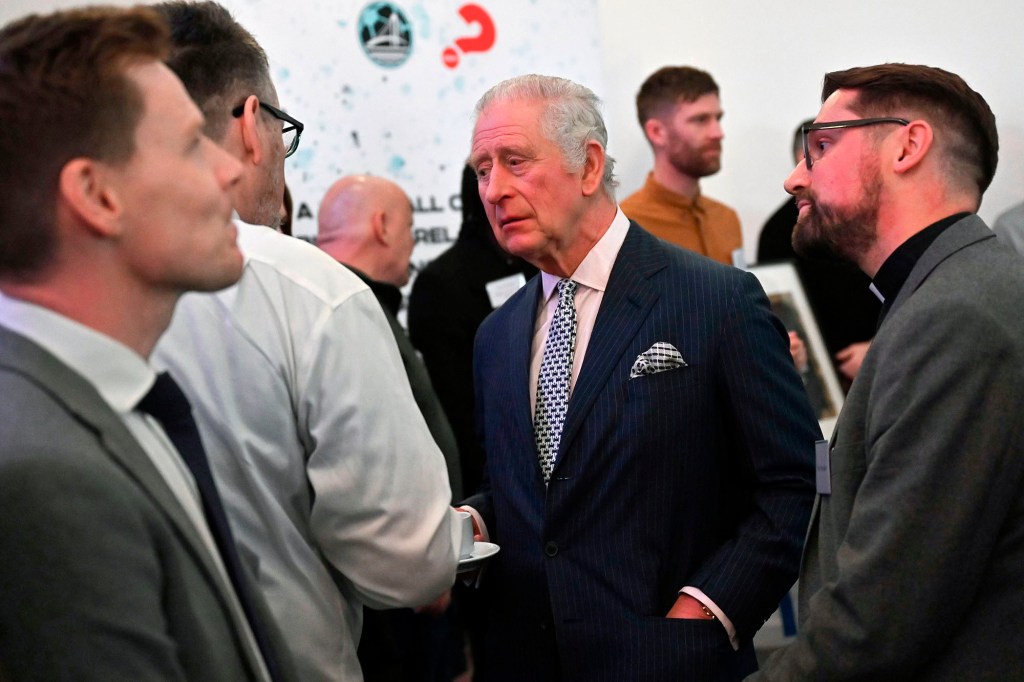 King Charles III ignored inquiries about Prince Harry and Meghan Markle’s Netflix documentary when he arrived at an official engagement in London on Thursday, hours after the premiere of the first three parts.

As the queen arrived at the King’s House community centre on Thursday morning, one spectator can be heard asking, “Your Majesty, have you watched the documentary?” in a video clip released by SkyNews.

King Charles is shown calmly disregarding the question and waving to the throng before entering the King’s Cross Church-run center.

Throughout the duration of his tour, King Charles remained in excellent spirits, presumably undeterred by his estranged son and daughter-in-latest law’s attacks of the royal family.

At King’s House, the monarch chatted with parishioners.
AP

In an apparent jab at his father and older brother, Prince William, Prince Harry compared the former ‘Suits’ actress’ “compassion” and “warmth” to those of his late mother, Princess Diana.

“There are so many similarities between Meghan and my mother,” he informed viewers.

“I was frightened that [Meghan] would be driven away by the media,” he said, recalling his mother’s 1997 death in a vehicle accident in Paris while attempting to escape the photographers.

Part two of the documentary series will be released on December 15.

While Harry and Meghan continue to fuel the media frenzy, King Charles and the rest of the working royal family have continued to carry out their responsibilities. Later today, the monarch is scheduled to attend an Advent Service at the Ethiopian Christian Fellowship Church.