Skip to content
Go Home «» News «» Breaking News «» Kim Kardashian wears a see-through white bikini to the beach. ‘Do you’ 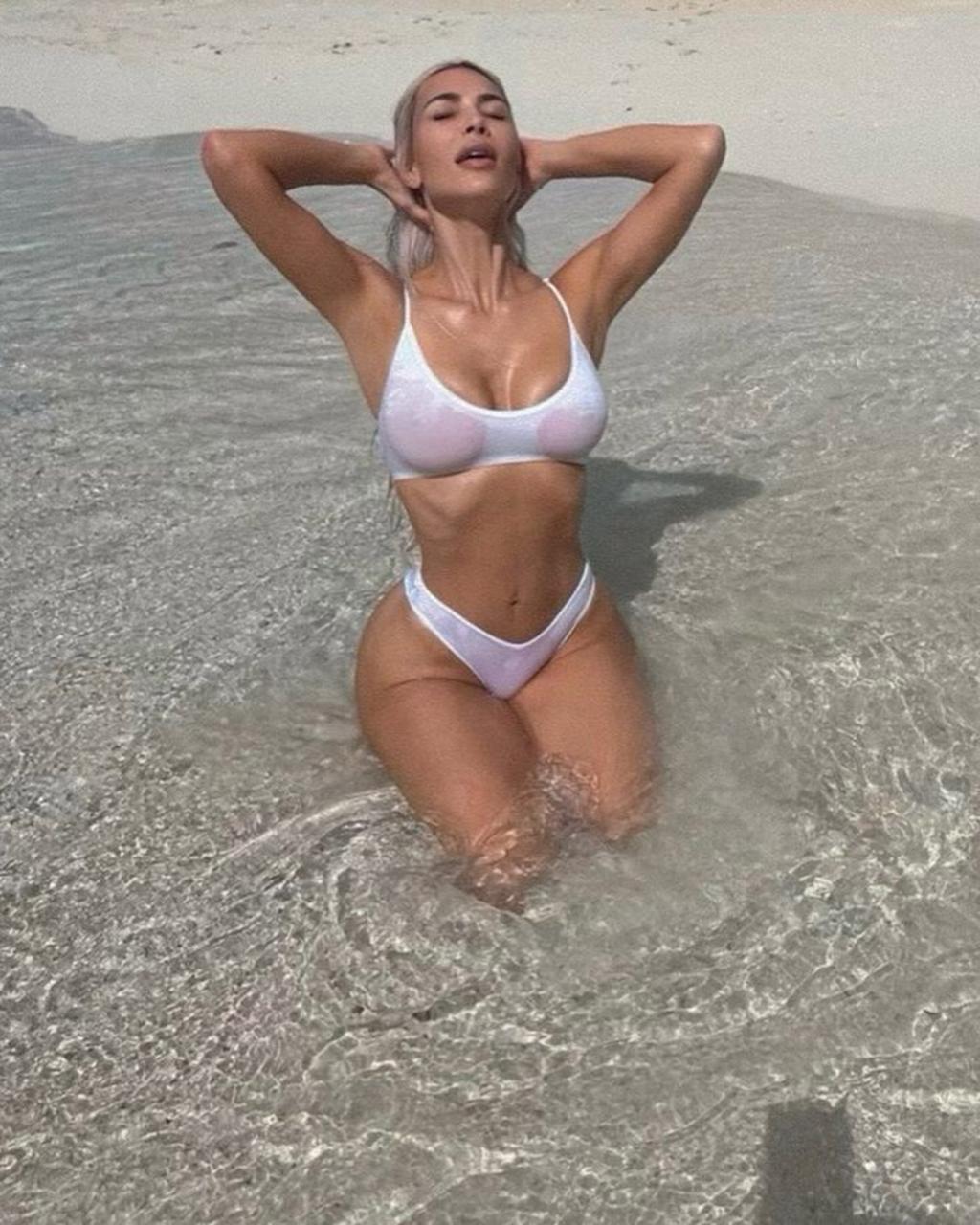 What a sizzling fashion statement!

Kim Kardashian posted seductive beach photos to Instagram on Tuesday, posing in the surf while wearing a little white bikini top and bottom — or, possibly, a bra and pantyhose that were not meant to be worn in the water because they were absolutely transparent.

“Life tip- do you,” the 42-year-old creator of Skims (who did not tag her brand) captioned the photo, eliciting a plethora of amusing comments ranging from “I’m sure if you could you would, Kim” to “Kim, people are dying.”

The latter is, of course, a reference to the iconic “Keeping Up With the Kardashians” episode in which Kim lost one of her $75,000 diamond earrings in the water while on vacation in Bora Bora; fortunately, Kardashian did not wear any precious stones for this specific social media shoot.

Kardashian displayed her sheer swimsuit from every angle.

The photos appear to have been taken last month or earlier, since Kardashian can be seen sporting the platinum dye job she debuted as part of her Marilyn Monroe-inspired Met Gala 2022 look, which she abandoned for a darker honey blond hue at the beginning of December.

After her divorce was finalized, Kardashian changed her hair color.

Her latest bikini photographs come just weeks after Kardashian finalized her divorce from Kanye West, with whom she shares four children: North, 9, Saint, 7, Chicago, 4, and Psalm, 3.

After filing for divorce from the founder of Yeezy in early 2021, the “Kardashians” actress dated Pete Davidson for nine months before breaking up in August.

Now, the shapewear entrepreneur, who recently stated that she feels “fulfilled,” appears to be living it up to the fullest, jet-setting to Art Basel, throwing her children expensive parties, and (of course) making her exes envious in scant swimwear.

»Kim Kardashian wears a see-through white bikini to the beach. ‘Do you’«