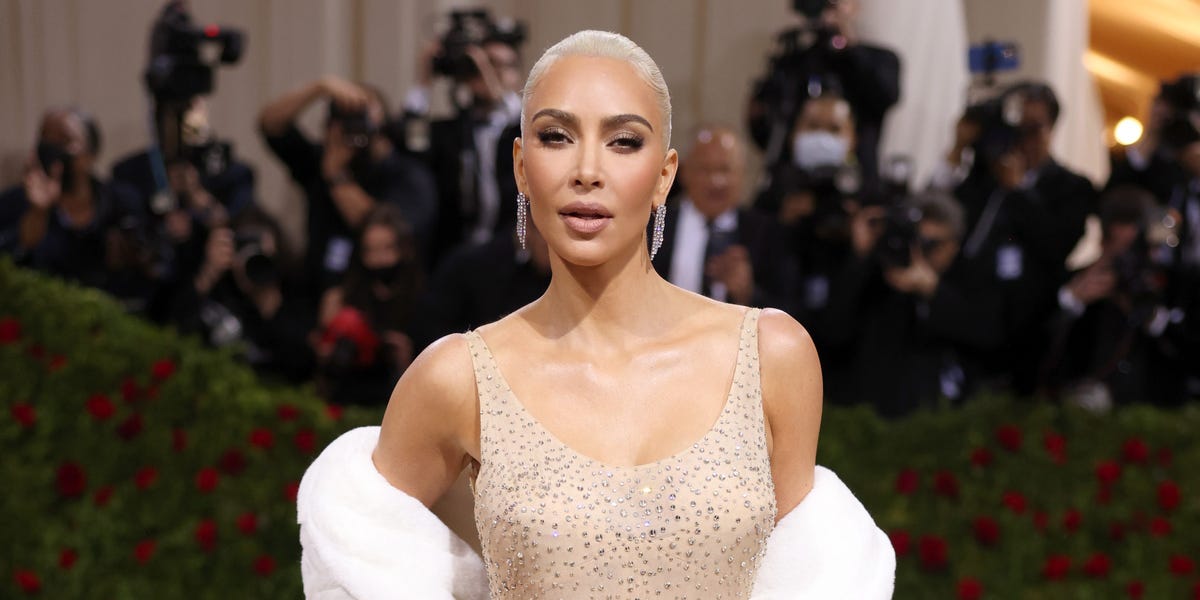 Kim Kardashian stated that Ripley’s confiscated the Marilyn Monroe dress she eventually wore to the Met Gala because it did not fit over her hips on the first try.

In the seventh episode of season two of ‘The Kardashians,’ Kim Kardashian attempted to acquire the outfit Marilyn Monroe wore to say “Happy Birthday” to President Kennedy in 1962.

While Kardashian did wear the garment to the Met Gala in May, she said on the episode that its proprietors, Ripley’s Believe It or Not!, initially refused her the opportunity to do so.

In the episode, Kardashian told her sisters Kourtney Kardashian and Khloé Kardashian over lunch, “They basically took the whole thing away from me so I can’t even do anything, and I’m seething.” “I had to put on the prototype first to determine if it fit, and after it did, the original was received. And when I attempted to put it on, it didn’t even reach my hips. I was utterly upset.”

After Kardashian wore the dress to the Met Gala, controversy erupted, with some claiming that she had ruined the historical item by wearing it. A video, however, revealed that the garment had been ruined before to Kardashian’s wearing it.

Additionally, both she and Ripley’s disputed that she had harmed the garment.

Kardashian stated in a tape from the dress try-on session that she would “do everything” to lose 10 pounds in order to fit into the dress.

She informed her sisters during lunch that she had written a “groveling, pleading” email to Ripley’s, but that they were “quite stern” in their refusal, citing insurance worries for the dress.

Kardashian told Vogue that she eventually shed 16 pounds in three weeks. Vogue stated that she only wore the dress for a few minutes at the Met Gala before changing into a replica when reaching the stairs at the event.