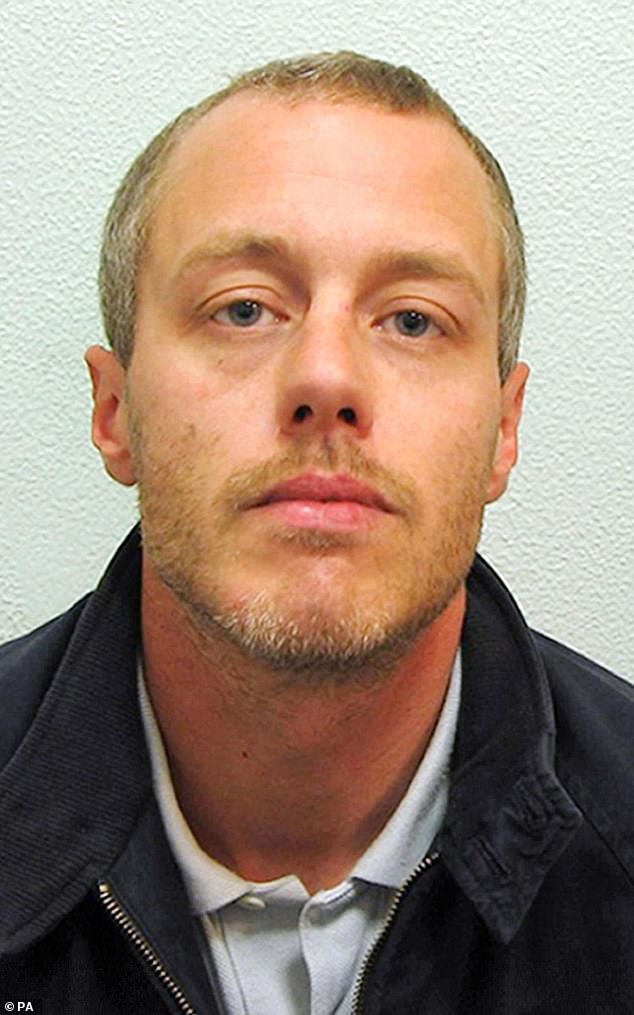 As a result of an attack by jail inmates using blades, the racist killer of black youth Stephen Lawrence will be permanently scarred.

On Sunday, two inmates at HMP Dartmoor in Exeter were said to have shivved 46-year-old murderer David Norris, causing him to bleed profusely from the face.

He was reportedly sliced from his “forehead to his chin” before prison authorities dragged him to safety while he “wailed in agony.”

Two thieves armed with shivs (or shanks) fashioned from toothbrushes and razorblades cornered Norris outside of his cell.

On Sunday, murderer David Norris, 46, was reportedly discovered with heavy facial blood after being stabbed by two convicts at HMP Dartmoor in Exeter.

Norris was brought to justice in 2012 after receiving a life sentence along with Gary Dobson, 47, for the murder of black teen Stephen Lawrence (pictured).

A source at Dartmoor informed The Sun that the pre-planned attack on racial murderer Norris took place at approximately 8:20 a.m. on Sunday, while other convicts kept watch.

Due to his injuries, he was subsequently transported to a hospital for treatment, and experts believe he may be permanently deformed.

After obtaining stitches for his wounds, he remained in the hospital overnight and is expected to return to prison today.

According to reports, the attack is not tied to the 1993 murder of Stephen Lawrence, but rather to an earlier argument with fellow convicts. The police are currently investigating the assault.

It was stated that Norris “didn’t stand a chance” in the bout in which he was severely injured and bled heavily.

The two attackers were reportedly then placed in solitary confinement within the institution.

This comes just weeks after Norris was apprehended concealing an illegal smartphone in his trunk.

Brandon Lewis, the secretary of justice, was enraged that Stephen Lawrence’s killer was able to circumvent jail regulations and obtain a phone.

Interview with David Norris by police on September 7, 2010, following the murder of Stephen Lawrence.

Stephen’s father stated in late September that he was “disgusted” that one of his son’s murderers emailed photographs to friends from his prison cell and that jail employees should be fired over the issue.

Neville Lawrence stated that his son would be “turning in his grave” if he knew Norris was enjoying a “life of luxury” behind bars. He told ITV News London, “He has a better life than I do, and I’ve done nothing wrong.”

As a result of Norris’s illegal smartphone use, the murderer faces an unclear future and may be sent to a harsher prison.

Experts were examining Norris’ HTC smartphone to determine with whom he was communicating using his ‘luxury’ cell. There are allegations that a dishonest Dartmoor staff member snuck the phone into the jail in exchange for up to £3,000 in bribes.

Norris was subsequently kept in solitary prison pending the outcome of the police investigation, and it appears that his parole prospects have been dashed.

In a foul-mouthed WhatsApp tirade last month, the unrepentant killer launched a vicious assault on former justice secretary Dominic Raab, who thwarted his transition to an open prison in May.

The racist killer, dubbed “Nozza” by fellow inmates, stated, “Dom Raab your f***** c*** coz the Nozza is definately home in 2 [years] and the High Court now agrees.”

He shared a picture of himself wearing Top Gun-style aviator sunglasses while behind bars, with his television and Xbox game console in the backdrop.

A whistleblower reported that Norris boasted to other inmates that he was the gang member who fatally stabbed Stephen. If accurate, this is an important revelation because the knife’s wielder remains unknown to police.

Norris, in the center, ducks for cover as he and others are pelted with eggs as they leave a public inquiry into the police’s handling of the matter on June 30, 1998 in London.

A Prison Service official told The Sun, “A prisoner at HMP Dartmoor is being treated for non-life-threatening injuries after being assaulted by two other inmates.”

We cannot comment further until police do their investigation.

Stephen, an 18-year-old A-Level student, was stabbed to death in Eltham, south-east London, in April 1993. Initially, five individuals were detained in connection with this racially motivated murder.

After a late forensic breakthrough, Norris and Gary Dobson, both now 47, were brought to justice along with Norris.

In 2012, both were granted life sentences on murder convictions.

On Sunday, Norris was cut in the face by inmates at Dartmoor Prison (pictured).

The judge in the Stephen Lawrence murder trial indicated he would have quadrupled the minimum term for Dobson and Norris had the law permitted.

Mr. Justice Treacy informed the killers in 2012 that if they had been adults committing the same crime against a ‘blameless and helpless’ victim in modern times, they would have been sentenced to at least 30 years in prison.

Dobson was sentenced to at least 15 years and two months in prison, while Norris was told he must spend at least 14 years and three months before his parole can be considered.

The judge stated that neither guy exhibited “even the least sorrow or remorse.” He continued, “At least in part, the tremendous level of public attention in this case is a reflection of the revulsion felt by reasonable people towards the nature of this murder.”