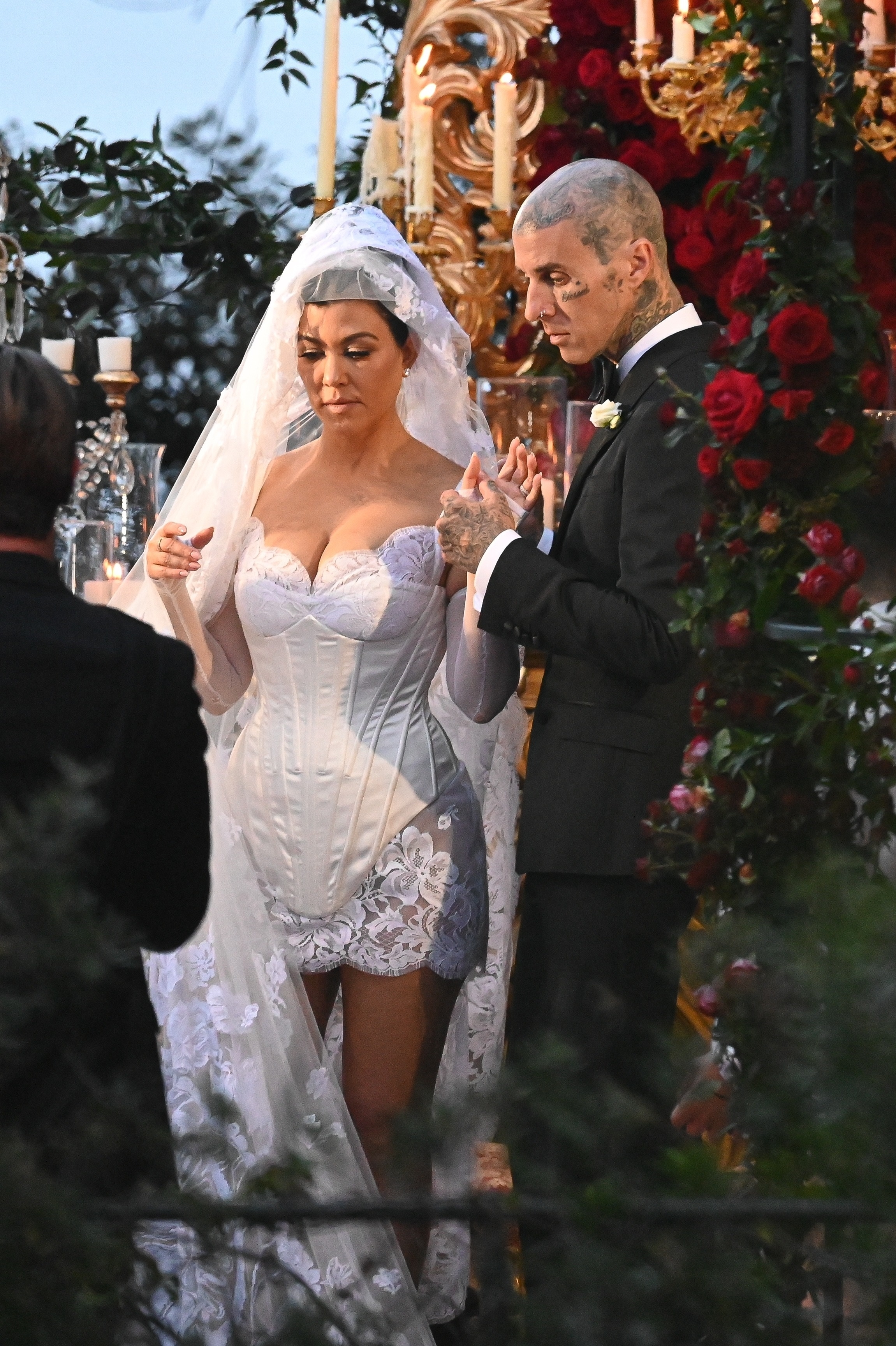 Khloé Kardashian stated that she was not the greatest admirer of her sister Kourtney’s short Dolce & Gabbana wedding dress inspired by lingerie.

The reality stars took turns interrogating each other while strapped to a lie detector for Vanity Fair about their past conflicts, sexual preferences, children, and the oldest sister’s recent Italian wedding to Travis Barker.

Khloé, 38, replied with a nervous chuckle of Kourtney’s clothing that the lie detector operator judged “inconclusive”: “It was fine.”

“It was certainly stunning,” she clarified. “I would have loved to have seen you in that outfit at the after-party and in something else beforehand.”

Kourtney, 43, came down the aisle at Castello Brown with a short white silk lace and satin corset dress and dramatic veil including a big image of the Virgin Mary and the words “family loyalty respect,” which were inspired by Barker’s head tattoo.

For her actual reception, which included spaghetti, cannoli, a lot of dancing, and more, the mother of three changed into a black version of her minidress, combined with knee-high socks, arm warmers, and a little veil to match. The bride and groom subsequently donned white leather jackets printed with “Mr. Barker” for him and “Mrs. Barker” for her.

Khloé, meanwhile, appeared royal in a black lace off-the-shoulder gown with a beaded cross belt and a gold crown that she wore throughout the ceremony and reception.

Khloé also had mixed feelings about her sister’s everyday appearance, which she claims has changed since she began dating the Blink-182 musician

Khloé remarked that the attire was “amazing,” but more suitable for a banquet than a wedding ceremony.

The shift is neither negative nor good, Khloé stated delicately. “I liked your style before and I enjoy it now, but I believe this is only a phase and you’ll return to your true self.”