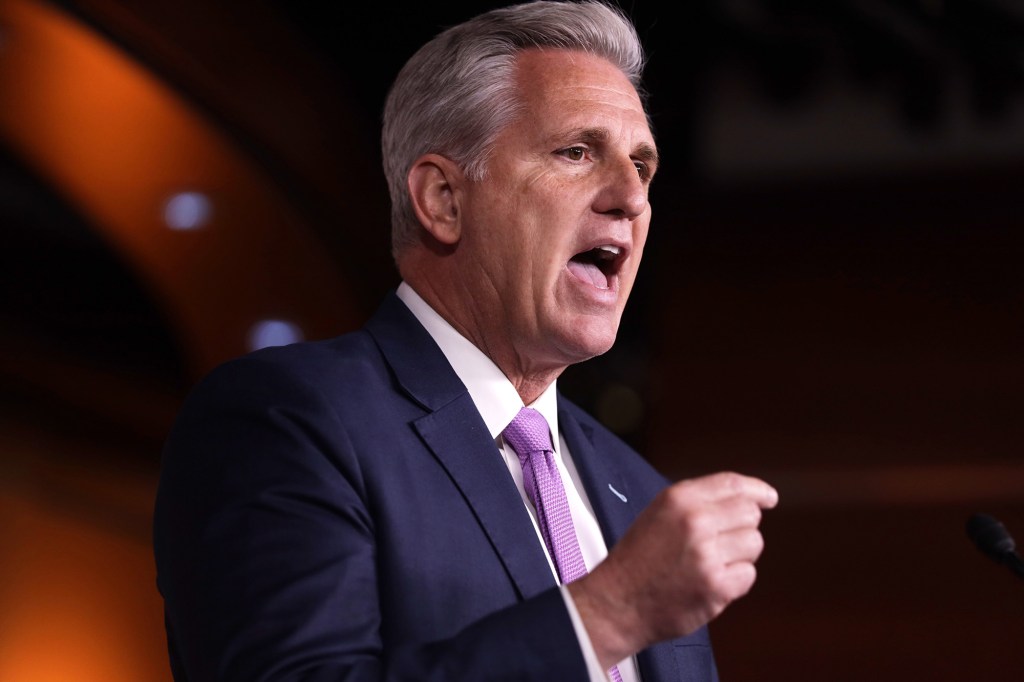 If elected speaker by his caucus, the top Republican in the House of Representatives has threatened to keep several Democrats off of legislative committees.

McCarthy, 57, told anchor Maria Bartiromo, in reference to Swalwell’s suspected link with a Chinese spy, “One thing I stated from the very beginning is that Eric Swalwell cannot have a security clearance in the public sector.”

Why would we ever provide him a security clearance for America’s secrets? Therefore, I will not permit him to serve on Intel,” he stated, a year after the Republican leader urged Democrats to remove Swalwell from the influential House Intelligence Committee.

The lawmaker then attacked Schiff, claiming that the Jan. 6 select House committee member “has repeatedly misled to the American public.”

McCarthy stated, “We will not allow him to serve on the Intelligence Committee either.”

McCarthy also stated that he will fulfill his vows to remove Omar from her leadership role as a pro-Palestine progressive firebrand.

“And you — see, Representative Omar, her anti-Semitic remarks have been made public. We will not permit her to appear on Foreign Affairs,” he stated.

The remarks were made after the Republicans narrowly regained control of the lower chamber in the midterm elections.

McCarthy is largely anticipated to succeed Nancy Pelosi, 82, as the next Speaker of the House (D-CA).

Schiff shot back at McCarthy on the ABC News program “This Week” on Sunday, alleging McCarthy’s predicted House leadership would be “chaos.”

McCarthy reportedly assured Rep. Marjorie Taylor Greene (R-GA) that she would be returned to the House budget and education committees after the conspiracy theorist was reprimanded last year by Democrats.