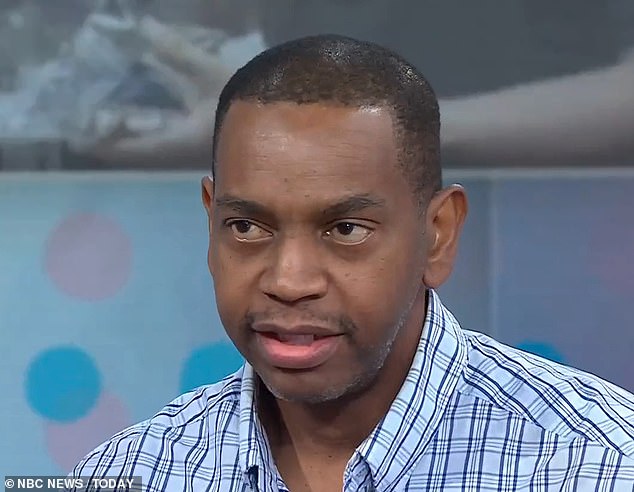 The Burger King employee who made headlines last week for his positive outlook and appreciation for a goody bag given to him by his employer in recognition of 27 years of service said he is grateful to everyone who donated to a GoFundMe page set up on his behalf, including former Saturday Night Live cast member David Spade.

Kevin Ford, 60, who gained instant fame on Instagram after thanking his employer for a gift bag given to him in appreciation for working nearly 30 years without missing a day, expressed his shock at the outpouring of kindness.

He said he can now contribute to his grandchildren’s college fund and enjoy a well-deserved vacation.

He even made an appearance on Today with Savannah Guthrie as word of his success and perseverance spread.

“Nobody can think of this; it’s like a dream, a dream realized.” On the television show, he commented, “It’s absolutely overwhelming.” Particularly all the support I get every day, It’s fantastic.

Ford gained notoriety after a video went viral showing him receiving a movie ticket, sweets, a coffee cup, a lanyard, and several pens as a token of appreciation for his years of service to the burger chain at the Las Vegas airport.

I’m appreciative of everything. I’m thankful for being able to go to work every day, be a decent citizen and an American, and just generally do my part.

I just want to say thank you for everything,” he said to the morning TV host.

His daughter Seryna created a GoFundMe campaign in the hopes of raising enough money for the devoutly single father to travel to Texas to see her and her kids.

However, the Today show flew them in to the studio so that they could be reunited, therefore none of the $200,000 raised was required.

He hugged the kids and said, “I haven’t seen you guys in so long,” with tears in his eyes.

His daughter expressed her delight at the response to her GoFundMe page.

Serya said on the program, “In my perspective, my dad deserves the world.” My father gave me everything. I adore my dad more than I can ever express since he helped shape who I am.

He had to skip work in order to appear on the morning TV show, which is the only unexpected element.

Along with the enormous number of money contributed to him, the attention he received from the Spade was a big delight for him.
Ford remarked, “I was blown away when David Spade sent me money, let alone watched my video.

He claimed that first he did not think that the celebrity who donated $5,000 to the crowd-funding platform was Spade, but after the two exchanged texts, he came to believe it was.

It was simply amazing. He made me laugh. It merely moved him. What a wonderful man.

Ford informed the actor that he could finally go on vacation now that he had some financial breathing room.

According to a screenshot of their conversation that TMZ was able to obtain, Spade suggested that he hold off until he is 30 years old.

Are you one of my supervisors, damn you? Ford retaliated.

The fast food employee stated that he planned to donate to the church in addition to contributing some of the funds to his grandchildren’s college fund.

I want to show my grandkids my affection, and maybe even save some for their college expenses,” he stated.

Since learning about the money, Ford has experienced a range of emotions.

People questioned him about how he managed to work for almost three decades without missing a single day of work.

I’m not sure, he said. “Perhaps I’m a Black robot,” I only wanted to pay my bills and feed my kids. All I am is an American. I needed to support my family.

Ford gave some advice to those who are facing financial difficulties.

He said, “Anyone who wants anything in life has to work at it.”

“Whenever you lack inspiration or motivation, first look within yourself, then consider the individuals for whom you must care. You are always more powerful than you imagine.

After his shift at the fast food restaurant is finished, Ford works for DoorDash in addition to his 30 years of service to Burger King. He claimed that he shuttles deliveries for eight to twelve hours, occasionally finishing before dawn.

I should have some for retirement now, I hope. Prior to this, I was, um, living paycheck to paycheck.

Seryna created the GoFundMe page and wrote on it how her husband “continued to work here because of the great health insurance” even as his family increased over the years.

She said that he accepted the position after being granted sole custody of her and her older sister.

Even though he appears young, my dad is approaching retirement age, thus leaving would prevent him from receiving his pension. She gave his union credit for obtaining the benefits for her father.

She stated on the contribution website, “In no way are we asking for money or is he expecting any money, but if anyone feels like blessing him he would love to visit his grandkids.

He generously remarked that “loyalty pays off” in the video.

However, many Twitter users were disappointed that the business didn’t do more for him.

Is this all you guys could do for this guy? Tweeted a viewer One person described the Ford film as “depressing” and “embarrassing” for the company.

Some others claimed that he deserved a full franchise or a “all expense paid trip.”