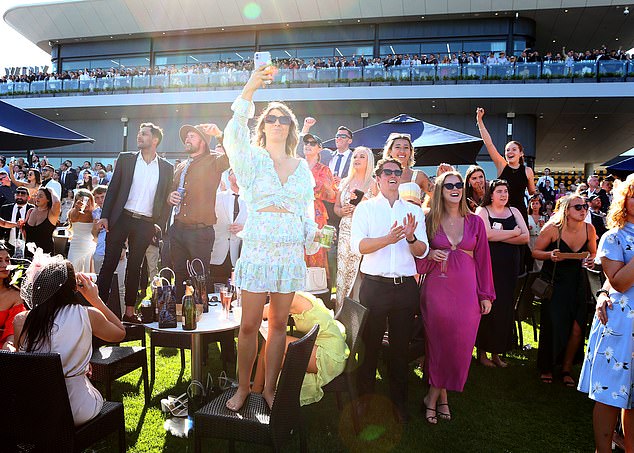 Australia has entered a new Covid-19 wave, and cases are expected to increase with the arrival of two new Omicron variants, according to a top health official.

Kerry Chant, the chief health officer for the state of New South Wales, has echoed the concerns of his interstate counterparts that sub-variants BQ. 1 and XBB will continue to proliferate and soon surpass BA. 5 as the predominant strains in Australia.

The XBB strain, which recently emerged in Singapore, has ravaged Australia, with cases increasing by a factor of ten in a matter of weeks.

Researchers from the School of Biomedical Science at the University of Queensland recently discovered a previously unknown effect of Covid on the brain, which has been described as a “silent killer.”

Professor Chant warned that an increase in Covid-19 cases and changes in the variants circulating in New South Wales indicate the onset of the next Covid wave.

We believe that the number of Covid cases will increase in the coming weeks based on all available local data and global events.

Professor Chant emphasized the significance of vaccinations in reducing the risk of severe disease.

Researchers from the School of Biomedical Sciences at the University of Queensland discovered that Covid-19 triggers the same inflammatory response in the brain as Parkinson’s disease.

Their findings have been published in Molecular Psychiatry, a scientific journal.

Prof. Trent Woodruff explained, “We studied the effect of the virus on the brain’s immune cells, microglia, which are the key cells involved in the progression of brain diseases such as Parkinson’s and Alzheimer’s.”

It ignites a ‘fire’ in the brain, resulting in a ‘chronic and sustained’ process of neuronal death.

Dr. Albornoz Balmaceda added, ‘It’s kind of a silent killer because you don’t see any symptoms for many years.’

It may explain why some individuals who have been exposed to Covid-19 are more likely to develop neurological symptoms similar to those of Parkinson’s disease.

11.4 percent more cases were reported in New South Wales during the week ending October 28 compared to the previous week.

Dr. Chant stated that vaccination and previous infection continue to reduce the risk of severe illness in the population of New South Wales.

However, the elderly and those with preexisting health issues remain at risk.

Professor Brett Sutton, Victoria’s chief health officer, stated, “Surveillance indicates the presence of multiple Omicron subvariants in Victoria, including the rapid growth of (the Omicron subvariant) BQ. 1 and XBB over the past month, with a combined prevalence of approximately 10% in wastewater and clinical samples.”

Victorians are reminded that vaccination, masks, ventilation, testing, staying home when sick, and COVID-19 treatments are highly effective in reducing transmission, illness, and deaths, as well as protecting the health system, in light of the increase in reported cases locally and internationally, particularly in Europe and South-East Asia.

Leading experts on infectious diseases predict that around 80% of Australians have contracted Covid in the three years when the pandemic invaded our shores in January 2020.