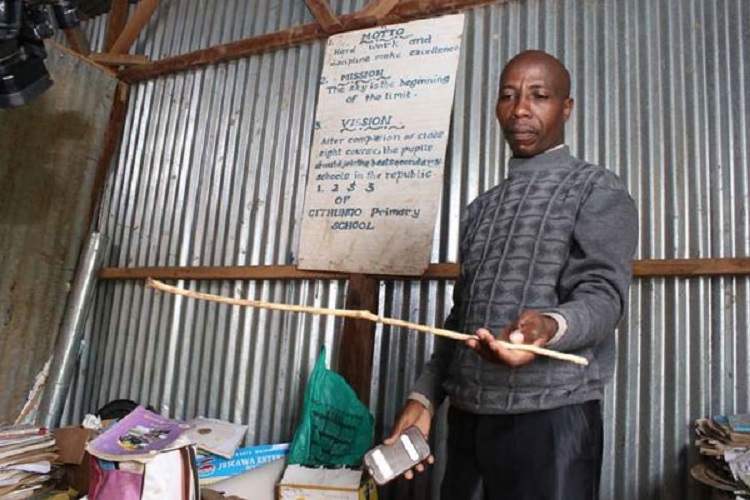 Kenyan teachers say corporal punishment should be allowed in classrooms again so that they can be tougher on pupils who misbehave.

Kenya outlawed corporal punishment in schools in 2001. The Children’s Act protects children from all forms of abuse.
But secondary school head teachers say the ban undermines their authority in schools.

The head of teachers association Mr. Kahi Indimuli, said that “The policy on management of discipline is laborious and makes it difficult for any school or board of management to take any disciplinary measures.”

Head teachers are meeting this week for an annual conference and will discuss the rising unrest in schools.

Several government secondary schools were set alight last year, with many of the incidents blamed on students.
In February, Education Minister George Magoha warned teachers against caning learners in schools, but had previously hinted at a change in policy to deal with rising cases of indiscipline in schools.