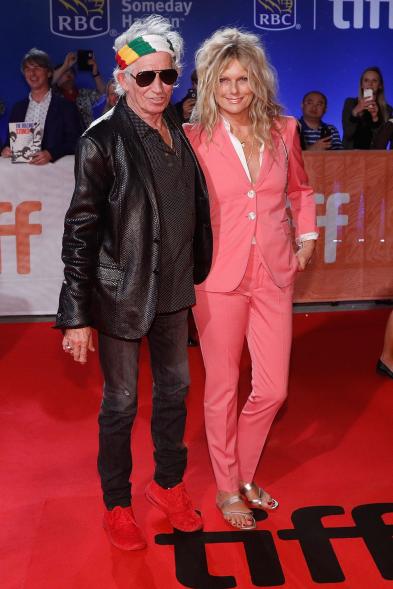 Evidently, he can get satisfaction.

Keith Richards commemorated his 39th wedding anniversary with his wife Patti Hansen by recreating their first kiss on their wedding day.

Theodora, 37, added that they were also celebrating her father’s 79th birthday.

The celebration occurred yesterday.” My parents had a party to commemorate my father’s birthday and their 39th wedding anniversary,” Theodora captioned a series of images she uploaded on Instagram on Monday, adding, “actually it’s 43yrs of togetherness but we’ll go off the legitimacy of their Cabo wedding in 1983.”

She stated, “We’ve gone through a lot, but our love is so strong and powerful that it will carry us forth forever on a cloud of compassion and courage.” “I love you mom and dad. You all are my motivation. And HAPPIEST BIRTHDAY dear Daddio

“Love, Keith,” he captioned the Sunday post. In the photograph, he can be seen playing guitar for Hansen, who is now 66 years old, as she sits at a table wearing her veil and wedding gown.

Richards wed his model on December 18, 1983. They had two children together: Theodora and Alexandra, who is 36 years old.