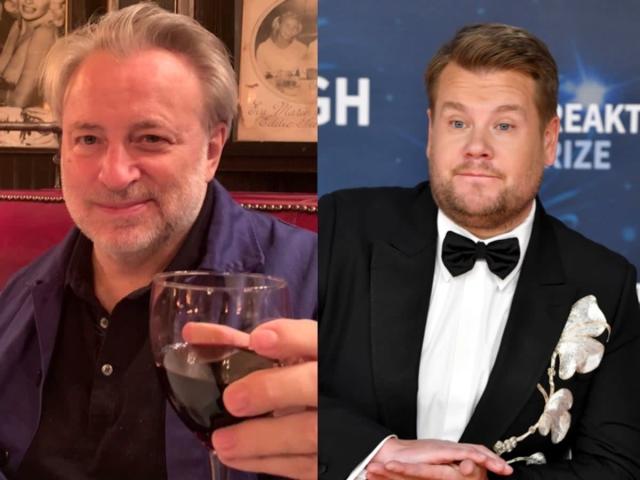 The proprietor of a restaurant where James Corden allegedly yelled at staff over a failed omelet has revived his grudge with the “fake” British celebrity.

Keith McNally, the proprietor of the upscale Balthazar restaurant in New York City, remarked that talk show comedian Corden will “say anything to save his bacon.”

McNally was responding to newly uncovered text conversations sent by Corden to a writer in which he claimed he had “never shouted at anyone” after his wife was allegedly served an omelet that was improperly prepared.

After Corden’s apology on The Late Late Show and McNally’s decision to lift the prohibition on Corden’s visit to the restaurant, it appeared as if the two had buried the hatchet.

“I never screamed at anyone, I didn’t yell, I didn’t call anyone a name or swear or use disparaging language… How is it even possibly a thing when the person who tweeted the story wasn’t even present?”

On a second watch, I felt his television “confessional” to be fake and artificial. The actor will say whatever it takes to save his bacon.

I’ve given up on James Corden following Friday’s interview and a second look at his fake confession. Forever.

He did not specify whether Corden was formally rebanned, but the post implies that it is highly unlikely he will ever return to the restaurant.

The notorious omelet drama began on October 9, when Corden and his wife Julia dined with friends at the restaurant. Julia requested an omelet with only egg yolks, which is not on the extensive brunch menu.

The meal that was delivered had egg whites. Corden sent it back to the kitchen, and when it was returned, he stated that it was still “wrong.”

McNally initially humiliated Corden on Instagram, informing his followers that the comedian had twice assaulted employees.

Last Monday, Corden addressed the controversy on his show and delivered an apology, prompting McNally to pardon the comedian and unban him.

However, McNally attacked Corden once more over the text texts disclosed by The Times.

In a series of text conversations, Corden described the incident and the subsequent criticism as ‘the most weird moment’ He also noted that McNally was not present when his wife Julia was delivered the incorrect meal.

“I’ve never screamed at anyone, I’ve never shouted, I’ve never called anyone a name, swore, or used derogatory language, so how is this even somewhat acceptable?”

It’s so strange that the individual who posted the tale wasn’t even present when it became fact.

He said, ‘I have never spoken so much about eggs.’

Balthazar’s menu features only two omelets: the $25 Omelet with Herbs and the $27 Egg-White Omelet, both served with home fries or salad.

Servers explained to DailyMail.com that Corden requested something that was not available and became irritated when it did not meet his expectations.

One added, “He wanted an omelet with simply egg yolks, not egg whites or egg whites with egg yolks.”

Why would someone who is allergic to eggs even consider ordering an omelet?

In his apologies for the incident, Corden stated, ‘Because I didn’t shout or scream, I didn’t get out of my seat, I didn’t call anyone names or use insulting language, I’ve been walking around thinking I’ve done nothing wrong.

“However, I did make a nasty remark,” he admitted, adding that he “loves and respects” everyone in the service business.

Next year, the current deal between Corden and Viacom CBS for his Late Late Show will expire.

He and his wife are selling their $9.7 million Brentwood property and returning to the United Kingdom next year.