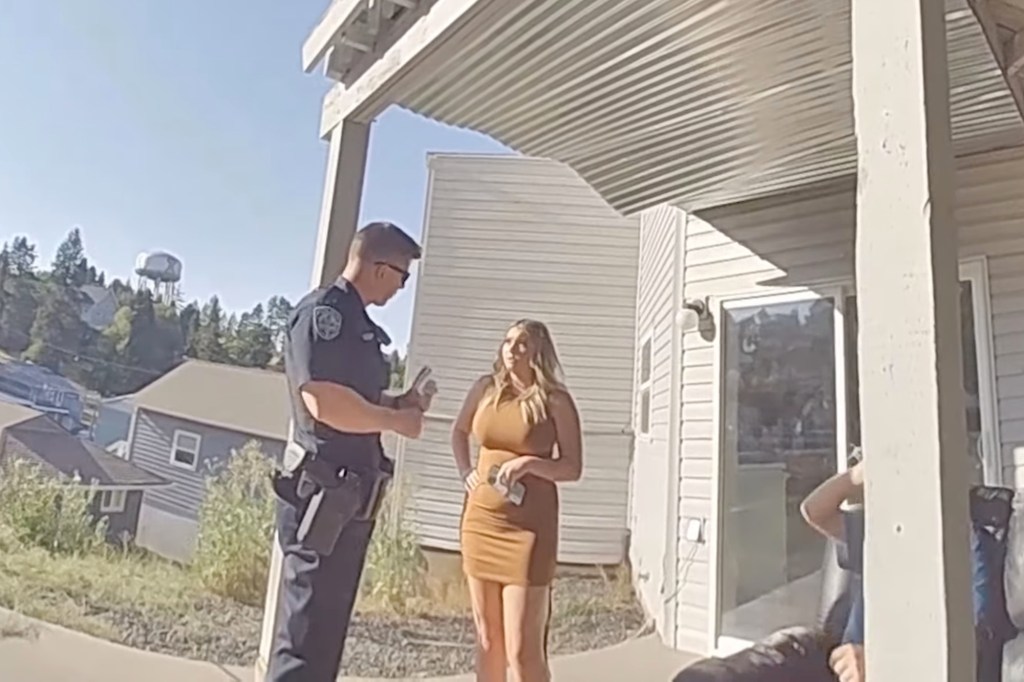 In a recently released police video, slain University of Idaho student Kaylee Goncalves can be heard speaking to officers about noise complaints three months before she and three roommates were brutally murdered at the residence.

Goncalves greets the group and verifies that she resides in the six-bedroom off-campus residence at 1122 King Road, where noise complaints were filed due to loud parties.

“I assume noise,” she answers.

The officer informs Goncalves that he has “nothing against having a party, but once neighbors begin to complain, we have a problem.”

“Once I receive calls from neighbors, you are disturbing the peace,” the officer states. Nothing against parties or people who are too young to drink, but we have a problem when they begin to annoy the neighbors.

He offers her a “verbal warning” and mentions that a first offense may cost between $300 and $400 in fines.

“I do not wish to give you that. Having said that, this is your territory, and I will hold you accountable. “Because this is your property, you are responsible for everyone here,” the police officer states.

“So I’ll get your information, and if I have to return, you’ll receive a $300-plus ticket,” he continues. “I’d rather you spend $300 on beer or something entertaining than on a noise ticket.”

He then expresses gratitude and wishes her a “good remainder of your day.”

After the brief contact, Goncalves responds, “You’re welcome,” and returns inside.

A few weeks later, on September 1 at night, the police returned to the residence after receiving another complaint about a loud party.

In a video uploaded to YouTube by the true crime channel “Truth and Transparency,” a man informs the police that the residents have left for another party.

Later, the officers are able to call one of the other dead students, Madison Mogen, 21, who apologizes over the phone for the inconvenience.

On November 13, early in the morning, Goncalves and Mogen, together with her companions Ethan Chapin, 20, and Xana Kerndle, 20, were stabbed to death.

Bryan Kohberger, 28, was ultimately charged with four counts of murder and one count of felony burglary in connection with the horrible crime.

He has not yet filed a plea, and he remains in detention without bond until his Thursday court appearance.

»Kaylee Goncalves’ conversation with police three months prior to the deaths«