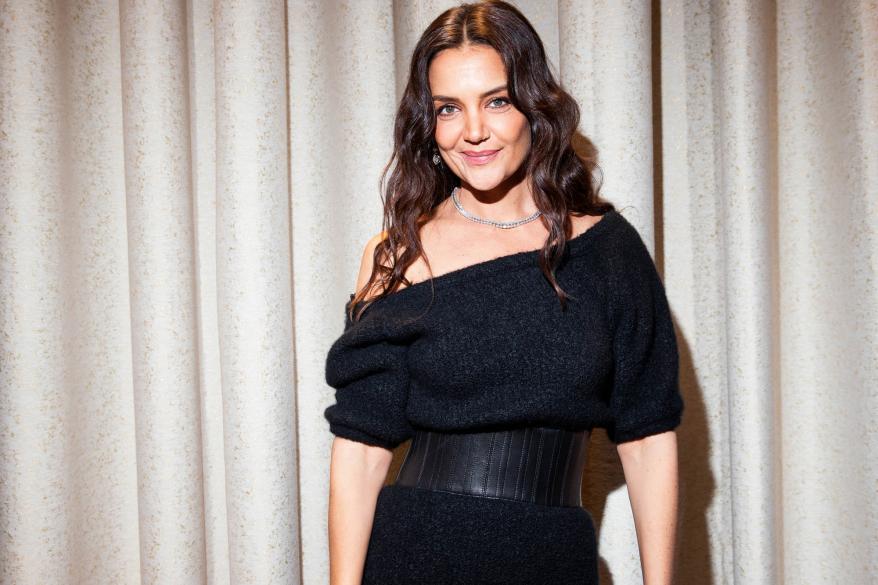 According to reports, Katie Holmes and her boyfriend of eight months, Bobby Wooten III, have broken up.

“Katie and Bobby broke up last week,” a source told Us Weekly on Friday, revealing that the couple “just didn’t work out in the long run.”

The source stated that Holmes “never longer [discusses him] with his buddies.”

The pair’s representatives have yet to react to Page Six’s requests for comment.

Holmes, 43, and Wooten, 33, were first romantically linked in April, when they were caught locking lips in Central Park.

The presence of the actress’ mother at the outing suggested that their relationship was already quite serious.

According to a source, the two simply “didn’t work out in the long run.”

The following month, the “Dawson’s Creek” alum and the Grammy-nominated artist made their red carpet debut as a pair at the Moth Ball’s 25th Anniversary Gala.

Wooten gushed to Us Weekly at the time, “I’m thrilled to have Katie here as my date.”

A few weeks later, when attending the Tribeca Film Festival, the “First Daughter” star and the composer clasped hands.

In late June, Holmes accompanied the Broadway veteran to his close friend’s wedding in the Hamptons, where they reportedly engaged in PDA.

An eyewitness told Us Weekly at the time that the couple was “extremely affectionate with each other at all times” and “appeared very in love.”

Together, they made a number of public appearances, including on red carpets and at weddings.

The witness also reported seeing the actress interacting with some of her boyfriend’s relatives.

Katie spent time with Bobby’s family, who liked her very much, according to the spy’s report in the magazine. Katie was so humble and friendly to everyone.

In September, the former lovers even attended a Paris Fashion Week show together.

Prior to May 2021, Holmes dated chef Emilio Vitolo Jr. Likewise, they dated for eight months.

When they broke up, a source told Page Six that things were “going too quickly” for the “single mom” and that Suri Cruise, her 16-year-old daughter, “always comes first.”

Prior to dating Vitolo, Holmes dated Jamie Foxx for six years in secret. From 2006 through 2012, she was wed to Suri’s father, Tom Cruise.

»Katie Holmes and Bobby Wooten III ended their eight-month relationship, according to reports«