Skip to content
Go Home «» News «» Breaking News «» Katelyn Armstrong kills for fun and is proud of it, critics call her a monster 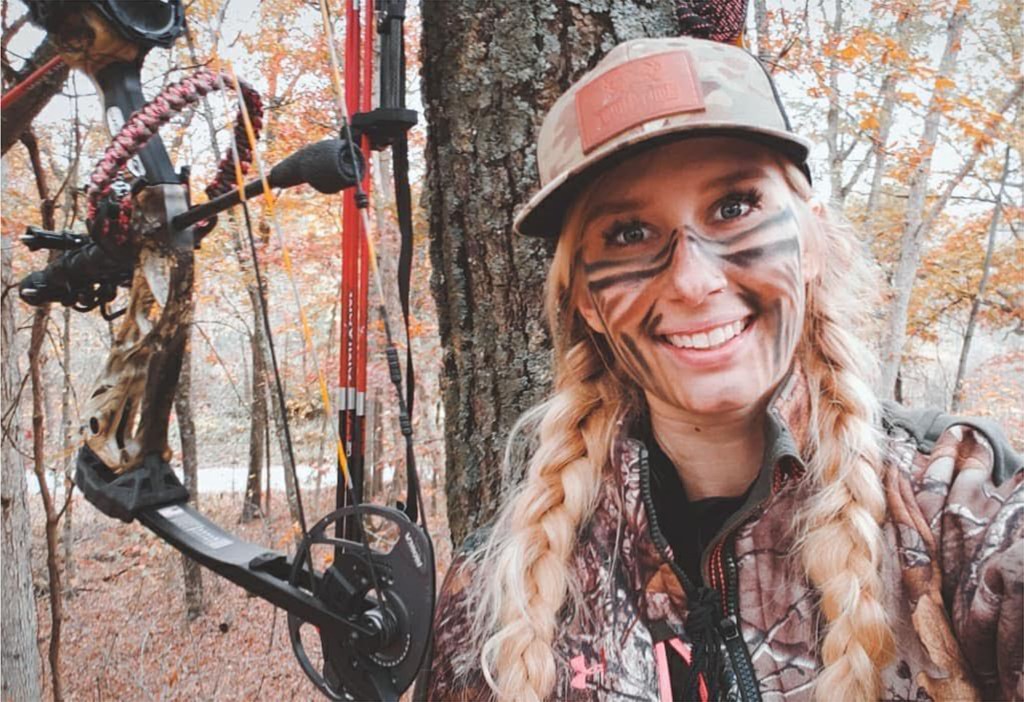 An Ohio woman who has a fondness for hunting deer, turkeys, and other types of fair game is facing backlash online after posting pictures of her prize kills and the stories behind them online, garnering millions of views.

She claimed she wants to help de-stigmatize the divisive activity rather than stir up trouble.

Since hunters are among the most active conservationists, Katelyn Armstrong told NeedToKnow.Online, “I try to point out the facts as much as possible.”

The 31-year-old nail tech remembered, “I started off using a rifle and sitting on a log, as that was the easiest way to introduce me into being successful.” “Gun safety was always the number one priority, and my dad never left my side until I was at least 16 years old,” the author said.

Armstrong is shown calling her father in a recent TikTok video after taking down a massive 200-pound buck, which is her greatest game to date.

As one user put it, “You can hear the pride and joy in your father’s voice,” it was a heartwarming “proud father moment,” to which many people agreed.

The father-daughter connection didn’t necessarily touch everyone. Other others charged Armstrong with murdering defenseless animals, as one commenter mourned, “The buck just wanted to live.”

Armstrong, though, is not slow to expose contradictions.

People are fine eating McDonald’s hamburgers that come from who knows where, but they object when a hunter humanely kills a free-range animal that has lived its entire existence alone, she chided. The hard nature of the environment means that deer usually die slowly and painfully from disease, malnutrition, and predators rather than from old age.

Armstrong continued, “Most of the remarks don’t bother me, and they only motivate me to instruct those who are willing to listen and learn something new.”

Hunting is a serious talent that shouldn’t be taken lightly, she contends.

In fact, only one deer was successfully shot last year despite Armstrong seeing and interacting with well over 200 deer.

Armstrong leaves the house four times every week during hunting season, sometimes early in the morning and sometimes late at night. Armstrong normally takes a shower to get rid of any traces of human odour before he goes hunting two hours before sunrise. Armstrong then ascends a tree to watch for an animal.

She cited the several lessons that hunting imparts, including tenacity, stamina, patience, and the ability to face one’s anxieties.

She’s faced criticism from other hunters and people who view her portrayal of a hunter as an attention-seeking tactic, despite her obvious dedication.

The fact that I’m a woman “does target me negatively,” Armstrong claimed. “I think there is a lot of misunderstanding.” “People make assumptions about me, like that my dad’s money got me into hunting or that I’m not a real hunter and I’m just doing this for attention,” the author said.

She like using a traditional bow and arrow for her hunting.

Armstrong gushed, “Bowhunting is my absolute favorite technique, and I’m self-taught because I really love the connection I get to feel with nature. In order to wait for creatures with more advanced senses to approach up close, you must become invisible to them and exercise patience.

Elk hunting, which requires long distance hikes and camping trips, is one of her greatest aspirations.

Armstrong said, “It’s very emotional, sometimes overwhelming, but all of the struggle and hard work is worth the success that follows.”

»Katelyn Armstrong kills for fun and is proud of it, critics call her a monster«