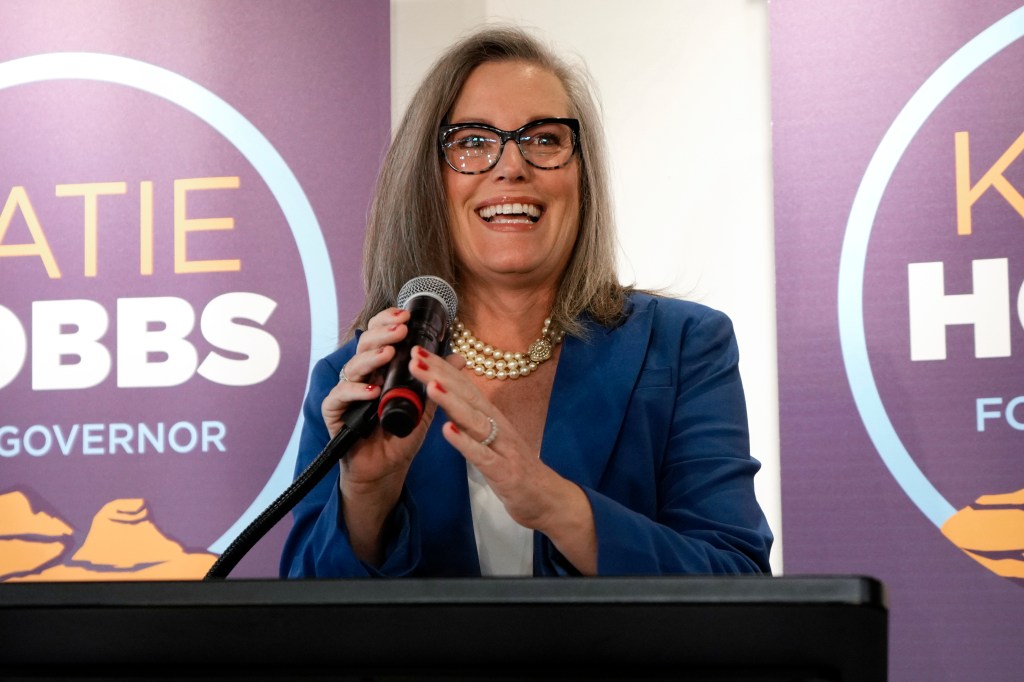 Kari Lake, the Republican candidate who lost the Arizona governor’s race to Democrat Katie Hobbs, has filed a formal challenge to her loss, asking a court to throw out certified election results from the state’s most populous county and either declare her the winner or rerun the election for governor in that county.

The complaint filed by Lake late on Friday focuses on long lines and other obstacles voters encountered on Election Day in Maricopa County. There is no evidence to support the claim that hundreds of thousands of ballots were cast illegally, as stated in the challenge filed in Maricopa County Superior Court.

Lake has refused to admit that Hobbs defeated her by a margin of over 17,000 votes.

The gubernatorial candidate sponsored by Donald Trump has flooded Maricopa County with complaints, the majority of which are connected to a problem with printers at some voting centers that caused ballots to be produced with marks that were too faint for the on-site tabulators to read.

Lines backed up at various polling locations, prompting Republican worries that some of their supporters were unable to vote, despite the fact that there is no evidence to suggest that this impacted the outcome. According to county officials, everyone was able to vote, and all valid ballots have been counted.

If the procedure was invalid, then so are the outcomes. Stay vigilant, folks.

Lake filed a lawsuit against Maricopa County officials and Hobbs in her capacity as secretary of state of Arizona.

Sophia Solis, a spokeswoman for the office of the secretary of state, stated that Lake’s case was being reviewed but had no further comment.

Maricopa County spokesperson Jason Berry declined to comment on Lake’s request to throw out the county’s election results in the race for governor. However, he stated that the county “respects the election challenge process and looks forward to providing information about the administration of the 2022 general election and our efforts to guarantee that every eligible voter has the opportunity to vote.”

Katie Hobbs defeated Lake in the race for governor on November 5.
AP

Hobbs described the lawsuit in a tweet as “Lake’s latest desperate attempt to destroy our democracy and disregard the will of the voters.” She tweeted a statement from her campaign manager in which he labeled the lawsuit a “sham” and stated that her campaign remained focused on “getting ready to hit the ground running on Katie Hobbs’ first day in office.”

Republicans were disproportionately affected by the difficulties in Maricopa County, according to Lake’s lawsuit, because they outvoted Democrats 3-1 on Election Day. Republican leaders had pushed their supporters to vote on Election Day.

Lake filed a public records lawsuit against Maricopa County in late November, requesting election-related materials. She sought to identify voters who may have had difficulty casting a ballot, such as those who checked in at several voting centers or who returned a mail ballot and also checked in at a polling location.

During the summer, a federal judge denied a request from Lake and Mark Finchem, the unsuccessful Republican candidate for secretary of state, to demand hand-counting of all ballots in the November election.

Mark Finchem, along with Lake, attempted to have all ballots counted manually.
AP

Since then, the judge has sanctioned the attorneys for Lake and Finchem, stating that they “made false, deceptive, and unsubstantiated factual allegations” in their lawsuit. The attorneys informed the judge that their arguments were “legally sound and supported by substantial evidence.”

Hobbs, in her capacity as secretary of state, has petitioned a court to initiate the compulsory statewide recount mandated by law in three contests decided by a margin of less than 0.5 percentage points.

The attorney general fight was one of the closest in state history, with Democrat Kris Mayes topping Republican Abe Hamadeh by only 510 votes out of 2.5 million cast.

The contests for superintendent of public instruction and a state legislative seat in the suburbs of Phoenix will also be recounted, but the margins are significantly bigger.

»Kari Lake contests her loss in the Arizona governor’s race«