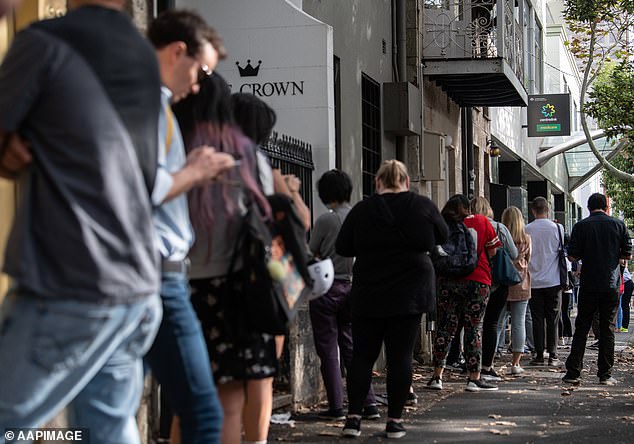 A ‘deceitful’ welfare cheat who scammed taxpayers of almost $109,000 over five years has been ordered to pay it all back.

Karen Delores Swartz grimly clutched a gold sequined cushion as she arrived home on the Sunshine Coast on Wednesday.

The grandmother walked free from court after being released on a good behaviour bond, but looked stony-faced as she contemplated a decade of repayments.

She failed to tell Centrelink she got a job as a nurse in 2014 while she was receiving a carer’s payment – and got away with receiving the benefit until a data match caught her out in 2018.

Swartz, 59, was sentenced to three years’ jail in the Maroochydore District Court, but was immediately released on a five-year good behaviour bond.

Her lawyer Mark Dixon said his client ‘buried her head in the sand’, and ignored dealing with the issue as she was suffering from depression, the Courier Mail reported.

She was caring for her elderly mother while also fighting her own mental health battles.

Mr Dixon added that if his client served jail time she would be forced to sell her home, which would have repercussions for her family.

He highlighted the fact she had used a separate bank account where she was receiving additional income.

Swartz was sentenced to three years in jail for the crime.

She was detected after the Australian Taxation Office discovered she was still receiving payments she wasn’t entitled to because she was employed.