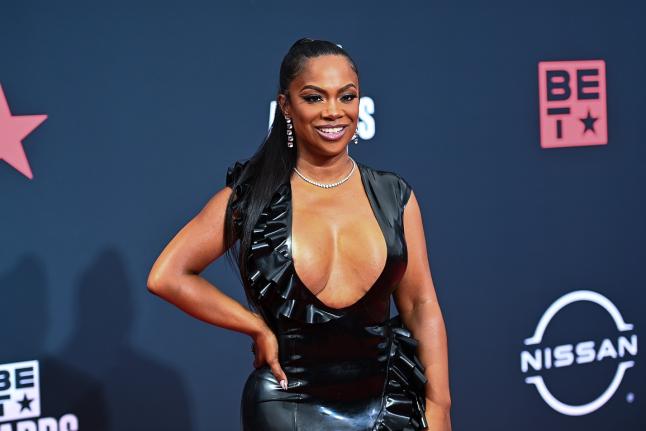 Kandi Burruss, who has been on The Real Housewives of Atlanta for 13 seasons and participated in various spinoffs, reveals that Bravo has canceled her newest program after only one season.

Kandi & the Gang followed the Grammy-winning artist as she operated her restaurant, Old Lady Gang, which was named after her mother and aunts.

Burruss made the news during an Amazon Live show in response to a fan’s question about the return of her spinoff.

“Absolutely, it will not return,” she stated. “Bravo has no plans to bring it back. I am quite distressed by the situation.

Burress has already taped a program with her Xscape bandmates, and she will return for Season 15 of RHOA, which is now being produced in Atlanta.

During the same program, Burruss stated that she has been “battling with everybody” on the upcoming season of RHOA, enticing viewers with the impending turmoil.

“Since the summer, when we were filming the Xscape program until now, when we are filming Housewives, I have been in so many disputes,” she admitted. “I feel as though I’ve argued with everyone. Almost had some insane blowouts with several individuals.”

Burruss continued, “There have been some bizarre occurrences. RHOA, of course, if I feel like everyone is continuously coming after me recently, and this time I am not taking it lying down. Yes, I have been required to read people left and right, and it has decreased.”

»Kandi Burruss says ‘Kandi & The Gang’ has been canceled«