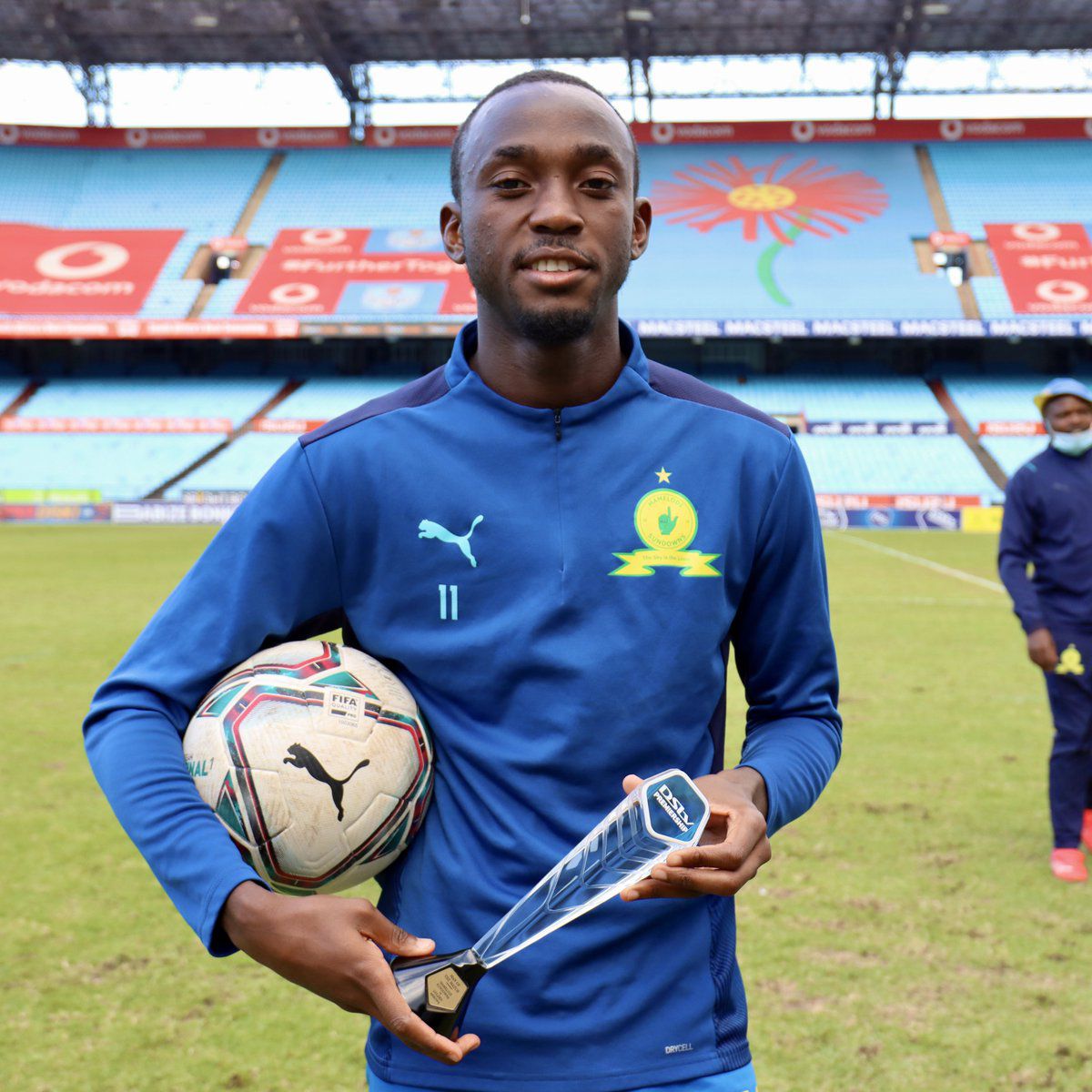 Remember Kaizer Chiefs‘ Collins Mbesuma? Of course, you do. The Zambian is the Premier Soccer League record goalscorer with 25 league goals.

Mbesuma, who is still playing football at 38 for GladAfrica Championship side Pretoria Callies, has encouraged Peter Shalulile to equal and break his record.

Speaking after Shalilule reached 21 league goals for Mamelodi Sundowns last week, Mbesuma believes that the Namibian striker can do it.

Mbesuma feels that Shalulile has the team, desire, and characteristics to go beyond 25 goals as Sundowns look ahead to four more games this season.

“He can score even more than 25 goals you know,” said Mbesuma who played with Shalulile at Highlands Park during the 2016/17 season, “Mbesuma told FARPost.

“The way Sundowns are playing and the form he is in, the record is there to break. I came here and I broke the record so another one is going to come and break it. I wish him the best and I know Peter because I played with him at Highlands Park.

“He is very humble, he always works extra hard. I used to stay behind (at training) with him to do finishing. Very humble, he challenges himself and is very open to learn.

“For me it is not a surprise because I know the guy is a hard worker.

“I know he is feeling the pressure but he must just take it easy and take it game by game. We talk often, but about this (the record) no. But we do speak there and there.

“For me I am proud of myself, I came to South Africa while I was nothing but if you talk about strikers in South Africa, I am one of the best so for me the record is there to break,” the former Kaizer Chiefs, Mamelodi Sundowns and Orlando Pirates centre forward concluded.