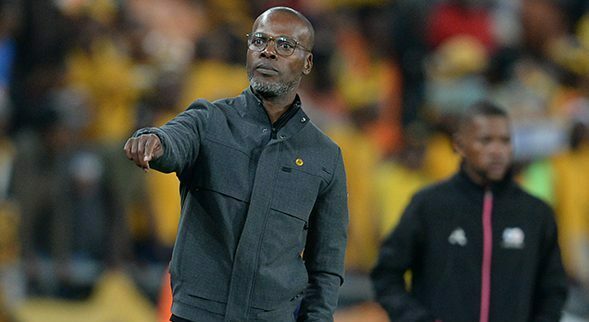 Arthur Zwane, the head coach of the Kaizer Chiefs, said on Thursday that he would continue to use the youngsters despite the fact that his young players were exposed and beaten by AmaZulu last week.

Saturday evening at the FNB Stadium, Chiefs will need to redeem themselves against Mamelodi Sundowns, the league’s undisputed leaders. Tuesday was the eleventh consecutive victory for Brazil, as they beat SuperSport United 1-0.

Zwane was daring when he fielded a Usuthu starting lineup brimming with youthful players. Even though the team roster piqued the interest of the crowd before the match, the players were outplayed, resulting in a 4-0 defeat.

“Sundowns are champions and they are on top of the log. Our preparations are going fine so far and the boys have responded positively. We are looking forward to the game,” Zwane told the media on Thursday.

Zwane is resolute in his belief that the youngsters must be given a chance to play if the Chiefs are to return to their former glory.

“Football is a game of opportunities, and some of our senior players are not available because of injuries and unforeseen circumstances, we had to give the young players the opportunity to express themselves and showcase their talent.”

About Sundowns’ dominance, Zwane said it is all about continuity.

“Continuity is everything in football. We have to look at where Sundowns started and how far they have come, as well as how they were building. It is because of the patience and the belief in the technical team.

“When their then head coach [Pitso Mosimane] left, there was continuity. It’s not by mistake that they are grinding in the results week in and week out. They have done well so far and credit should be given to them. We just need to look at ourselves and see where we can improve to challenge them.”