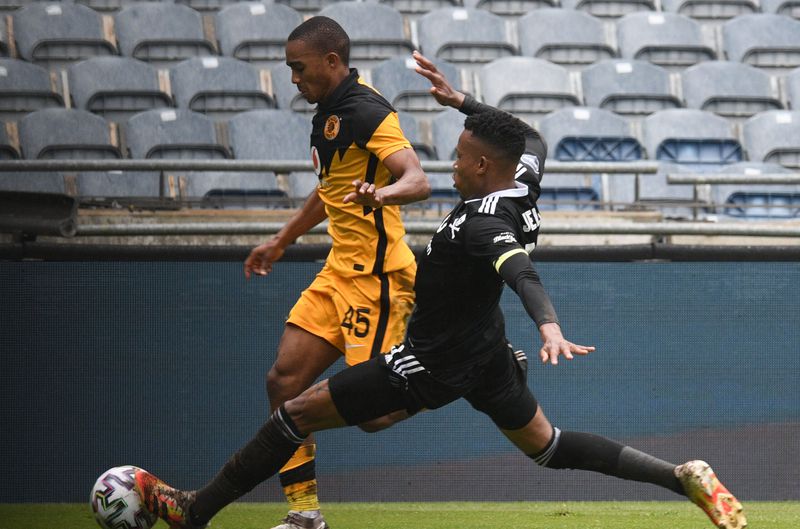 Njabulo Blom’s agent has spoken candidly about the difficult negotiations he had with the team before his player left Kaizer Chiefs.

The South African publication had stated that Blom’s contract extension with Kaizer Chiefs would not include a wage that was commendable.

And now, Moore has explained his client’s Amakhosi leave after arranging a sensational transfer for Njabulo Blom to MLS team St Louis.

While the Chiefs were content to move their star player abroad IF the chance presented itself. If his agency couldn’t get him a club overseas before the season ended, there were concerns about his wages.

“Give and take existed. The ex-Kaizer Chiefs player’s agent was quoted by IdiskiTimes as saying, “Where the difference of opinion came in was on the extra years, on the additional time, and pay hike.

“What they were giving and what I believed the market to be tied to were two distinct things. That was the problem with the economic disparities we were experiencing in August and September at the time.

But Njabulo always made it plain to me that he wanted to go abroad, and Chiefs always made it apparent that they would try to make accommodations for him if a chance to play abroad presented itself.

When Kaizer Chiefs go to face AmaZulu on Friday night, Arthur Zwane will have to change up his defense.

The PSL has suspended defender Sifiso Hlanti for the following game after he was shown a fourth yellow card over the weekend.

At the FNB Stadium on Saturday night, Sekhukhune United defeated the Glamour Boys 1-0.

Hlanti and Zitha Kwinika, two other defenders, each have three yellow cards going into this weekend’s game.

Hlanti was given a yellow card after only eight minutes and will now miss the next game.

“The boys gave it their all. As stated by FarPost, the Kaizer Chiefs coach added, “I appreciate their effort.

We shouldn’t have lost the game, therefore I’m disappointed. However, there is nothing you can do if the keeper is at the top of his game.

“We did, in fact, generate opportunities. If we lost at home and did not generate enough chances for goals, it would be concerning.

“I’m disappointed since it was the club’s birthday and we wanted to give the chairman, forebears, and everyone else who had contributed to the Chiefs’ journey a good present,” the speaker said.