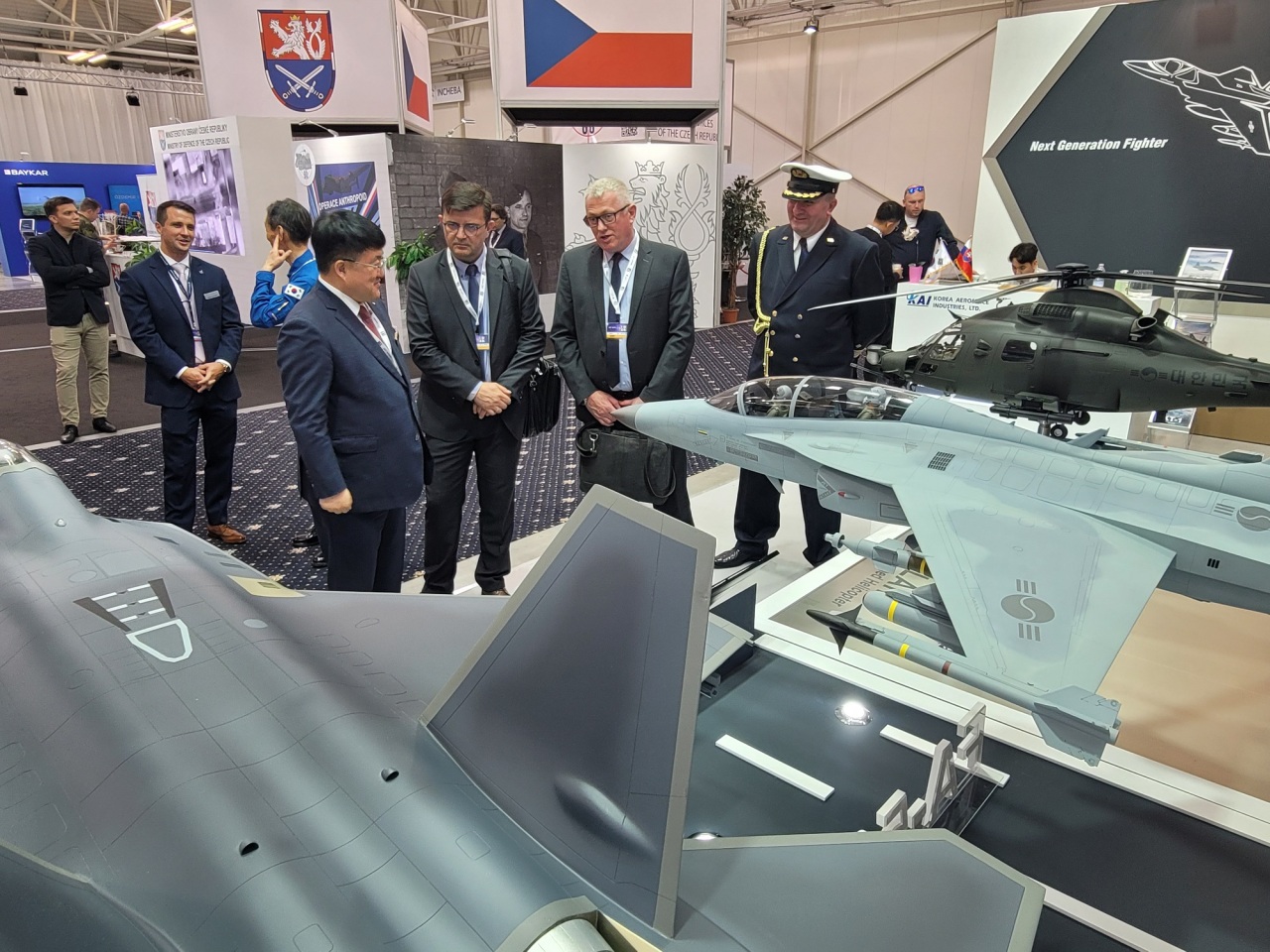 Korea Aerospace Industries is seeking to expand to Central Europe, the firm said Thursday, as it promoted the homegrown FA-50 light attack fighter during the International Defense Exhibition Bratislava 2022 in Slovakia.

“We are prioritizing looking for new markets in Central Europe for FA-50 as the recent accelerated formation of a new Cold War structure is resulting in an increase of defense spending to realize self-defense in many parts of the world,” said a KAI official.

The nation’s sole aircraft manufacturer displayed its latest fighter jets, the KF-21 fighter, KA-50 and light-armed helicopter, during the exhibition and held talks with other Central European countries such as Poland, Czech, Hungary, Austria, Croatia and Finland that seek to replace their aging fleet of trainer jets.

It was the first time the KAI has taken part in the biennial IDEB defense exhibition, which ran from Tuesday to Thursday, where defense companies from around 70 countries participated in.

During the three-day trade show, the KAI said it also held meetings with the Association of Defense Industry of the Slovak Republic to discuss bilateral defense cooperation on the sidelines of the exhibition.

Separately, KAI said it is seeking a midlife upgrade of the FA-50 to enhance the fighter jet’s aeronautical electronics, flight control performance, mission radius, survival and stability, and armed capability.

“Such upgrade of the FA-50 will not only enhance the power of the Korean air force but also make it lead the light attack aircraft market and increase exports,” the KAI official said.