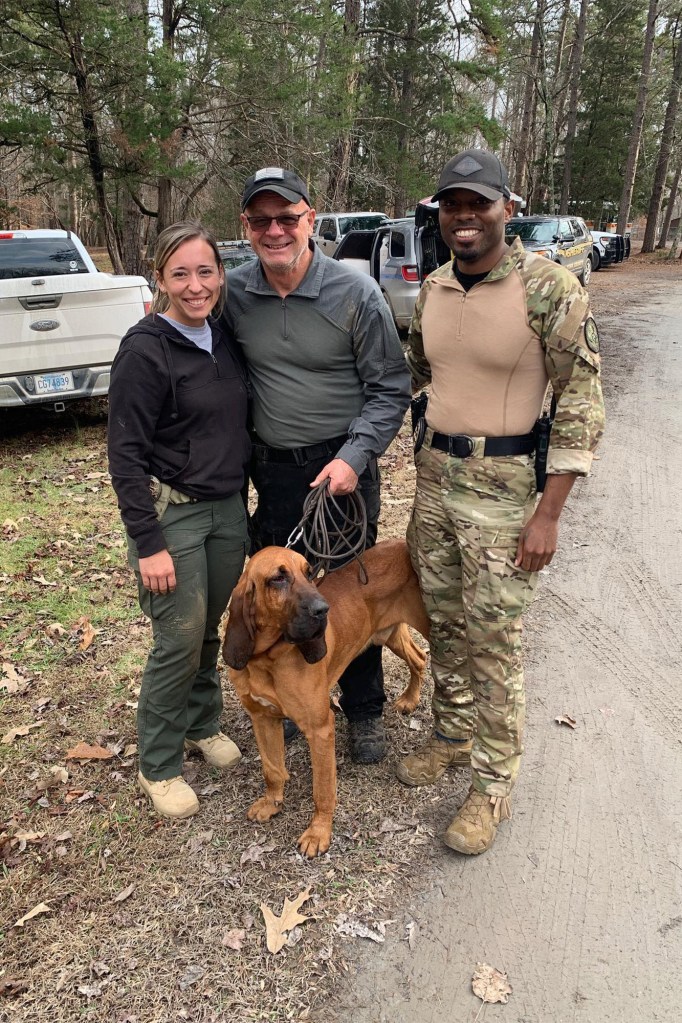 A bloodhound K-9 that went lost during a training session was reunited with his handler in a wonderful manner.

Wednesday around 3 p.m., Gunner, a three-year-old stray dog, bolted from his trainer and went into the woods at Kings Mountain State Park Living History Farm in South Carolina, according to the York County Sheriff’s Office.

Dozens of local police officers began searching for the lost dog. During the search, the sheriff’s office was assisted by the Gaston County Police Department and the Cherokee County Sheriff’s Office, which dispatched ATVs and even a helicopter.

Thursday morning, Gunner was located and reunited with his handler. According to the York County Sheriff’s Office, he was “cold, damp, and thirsty but otherwise healthy.”

The sheriff’s office has shared a video of the moment the police discovered him. Gunner, aged three, greets his trainer with a wagging tail and immediately leaps into his arms for a bear embrace.

Gunner was in good health after his escape.
A South Carolina K-9 was reunited with his owners after going missing during a training exercise, according to the York County Sheriff’s Office.