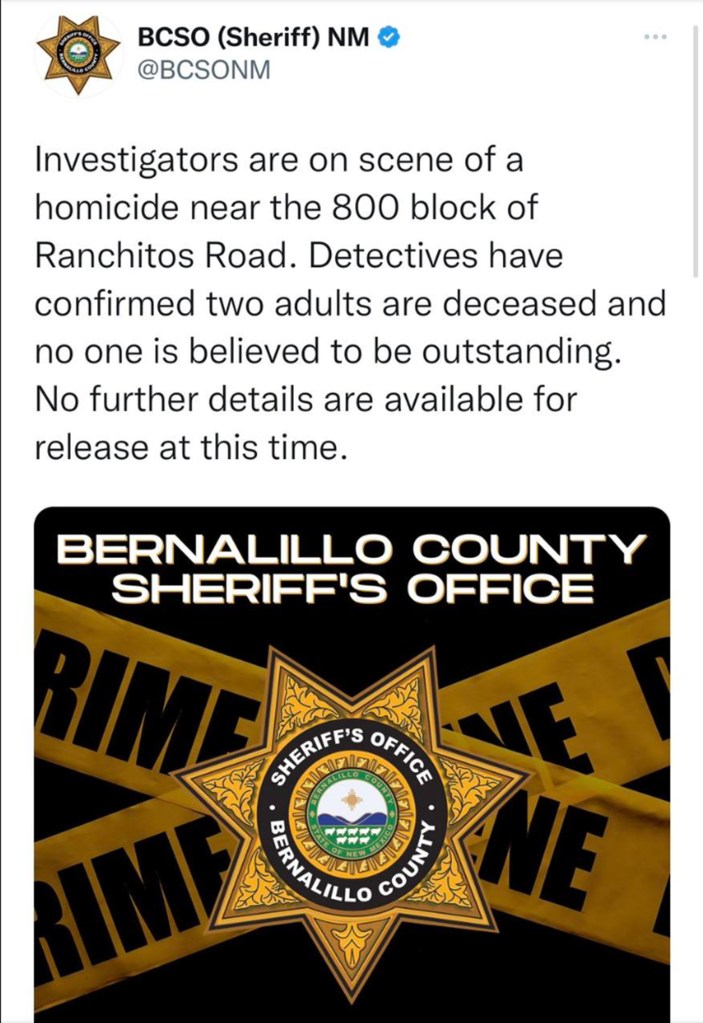 According to investigators, a famous New Mexico judge was murdered by her husband, who then turned the gun on himself after leaving a frightening message for a friend.

According to the Bernalillo County Sheriff’s Office, Village of Los Ranchos Municipal Judge Diane Albert and some of her pets perished in a murder-suicide reportedly committed by her husband Eric Pinkerton.

Albert, 65, and Pinkerton, 63, were located by investigators on Friday after a friend of the pair reported getting a “worrisome message” from Pinkerton, according to sheriff’s spokesperson Jayme Fuller.

“He told his pal in a voicemail that he murdered his wife, his dogs, and his cat. And he is preparing to commit suicide, according to a dispatch compiled by the local news station KOAT-TV.

The sheriff’s office confirmed the dispatch, according to NBC News.

On the weekend, city officials grieved her passing.

“We are heartbroken to learn of the untimely passing of our elected municipal judge, Diane Albert,” stated the mayor of Los Ranchos, Donald Lopez, and the village administrator, Ann Simon, in a joint statement. She was a lifelong resident of Los Ranchos, a brilliant legal mind, and a friend.

According to the Albuquerque Journal, Albert was also a practicing patent lawyer.

Joe Craig, a neighbor of Albert, told the newspaper he was startled by her passing. Craig, the president of Friends of Los Ranchos, served for numerous years on the planning and zoning commission.

Simply a lovely person, he said. I’ve never observed her to have a malicious bone in her body.

If you are struggling with suicidal thoughts or are experiencing a mental health crisis and live in New York City, you can call 1-888-NYC-WELL for free and confidential crisis counseling. If you live outside the five boroughs, you can dial the 24/7 National Suicide Prevention hotline at 1-800-273-8255 or go to SuicidePreventionLifeline.org.