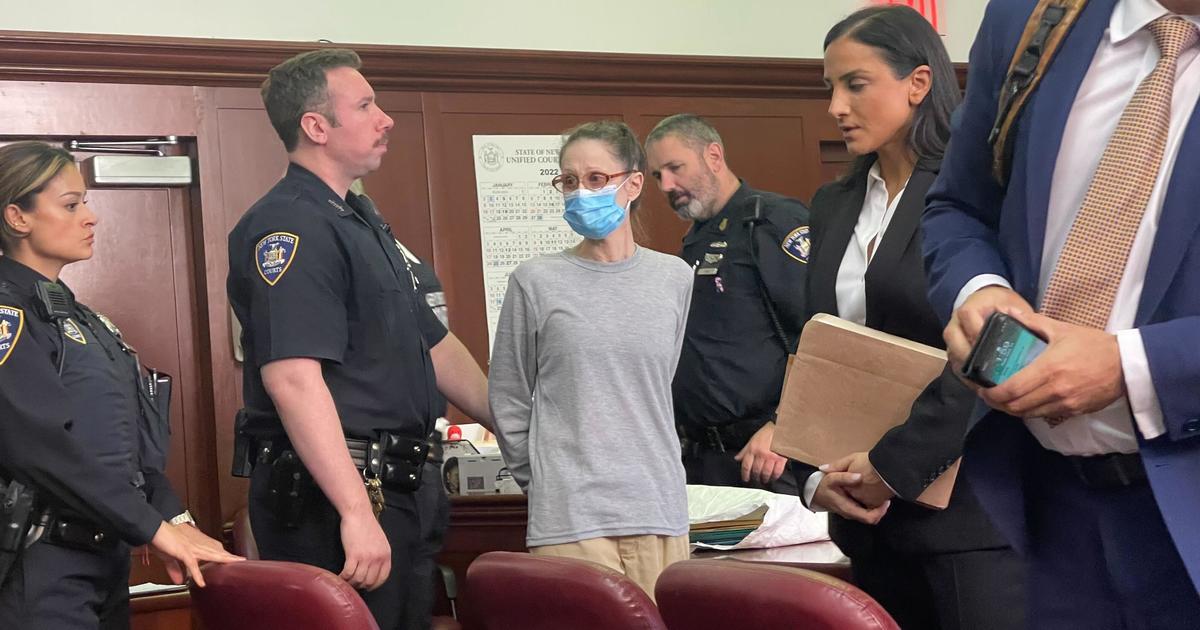 Pamela Buchbinder, a psychiatrist in Manhattan, was sentenced to 11 years in jail on October 11, 2022, after pleading guilty to one of the most peculiar crimes in New York City’s history: the vicious and nearly deadly 2012 assault on her ex-lover and the father of her child, Dr. Michael Weiss.

The assault on Weiss in his Manhattan office, according to officials, was the culmination of an epic “War of the Roses” conflict between two highly educated and respected psychiatrists. Peter Van Sant, correspondent for “48 Hours,” reports exclusively in “The Psychiatrist and the Selfie.”

According to Van Sant, the crime was rendered even more shocking by the fact that the supposed “hit man” was Buchbinder’s unstable young cousin, Jacob Nolan, who said Buchbinder had misled him into carrying out the murder for her.

In 2012, Buchbinder and Weiss were engaged in an acrimonious custody dispute over their 4-year-old son, Calder, and fought about visits. Despite their disagreements, Weiss purchased a $1.5 million life insurance policy for his son on November 9, 2012, and assigned Buchbinder ownership of the policy in the case of his death.

By that time, according to authorities, Buchbinder had reportedly taken her bipolar cousin under her wing, ostensibly to assist him with his mental health and substance abuse concerns. Instead of curing Nolan, the son of a wealthy real estate investor, according to the investigators, Buchbinder steadily brainwashed and armed him so that he would carry out the hit.

According to investigators, Buchbinder joined Nolan to a local Home Depot on November 11, 2012, where they purchased a sledgehammer. The next day, Nolan surprised Weiss with the sledgehammer and dagger Weiss had given Buchbinder, as well as the map Buchbinder had drawn of Weiss’s office.

However, the attack did not kill Weiss. Instead, they ended up fighting in the workplace, leaving both parties wounded and severely injured.

Prosecutors claim that while they waited for paramedics to arrive and transport them to the hospital, Nolan took a selfie and texted it to Buchbinder to show her what had happened.

And at Nolan’s 2016 trial, Brounstein admitted that Nolan had committed the attack, but contended that Buchbinder had taken advantage of Nolan’s fragile and submissive mental condition, and so Nolan was not completely liable for his acts.

However, prosecutors disagreed, saying that Nolan’s bipolar disorder did not render him a “babbling fool with no control over his capabilities”

Nolan, then 23 years old, was convicted by a jury in Manhattan in less than an hour and sentenced to more than nine years in jail. However, his conviction did not put an end to rumors that his elder psychiatrist relative was also involved for the violent attack.

Eventually, in 2017, prosecutors prosecuted Buchbinder in connection with the attack, and she spent the next five years on Rikers Island while her attorneys argued over the case and the courts were closed due to the pandemic.

Meanwhile, Buchbinder’s high-powered attorneys Ronald Fishetti, Eric Franz, and Monica Nejathaim argued that she was not only innocent, but that her relationship with Nolan and the evidence against her had reasonable explanations.

In September of last year, however, Buchbinder, who was emaciated and pale, shocked the court by declaring she had negotiated a deal with prosecutors. In exchange for 11 years in prison, she pleaded guilty to lesser counts.

A month later, however, Buchbinder startled the court once more when she appeared for her normal sentencing, this time by stating that she wished to withdraw her plea. She stated that on the day she pled guilty, she was exposed to mace on Rikers Island, forgot to take her medication, and received a contact high from someone smoking narcotics on her bus journey to court.

However, Judge Thomas Farber dismissed her plea and continued the sentencing, with Weiss providing a victim impact statement in which he detailed how the attack left him with PTSD and a fear that Buchbinder’s hatred for him will continue when she is freed from jail.

“I believe it is vital to set the record straight,” continued Seidemann. “The defendant attempted to have Dr. Michael Weiss assassinated because she despised him to the core.”

“Because of their failed relationship, she attempted to destroy him,” he continued. She had the potential to control $1.5 million in life insurance on his son’s behalf.

Buchbinder replied concisely. “If Mr. Seidemann made one true comment, I missed it,” she said.

Farber sentenced Buchbinder to 11 years in prison and issued a protective order, but not before having his say.

The court stated, “There is no doubt that if you scheme to bash someone’s head in with a sledgehammer, you want to kill him.”

After Buchbinder was carried out of court in handcuffs, her attorneys stated that, with time off for good conduct, she will be released in 2027 to begin a new life and attempt to repair her relationship with her son.