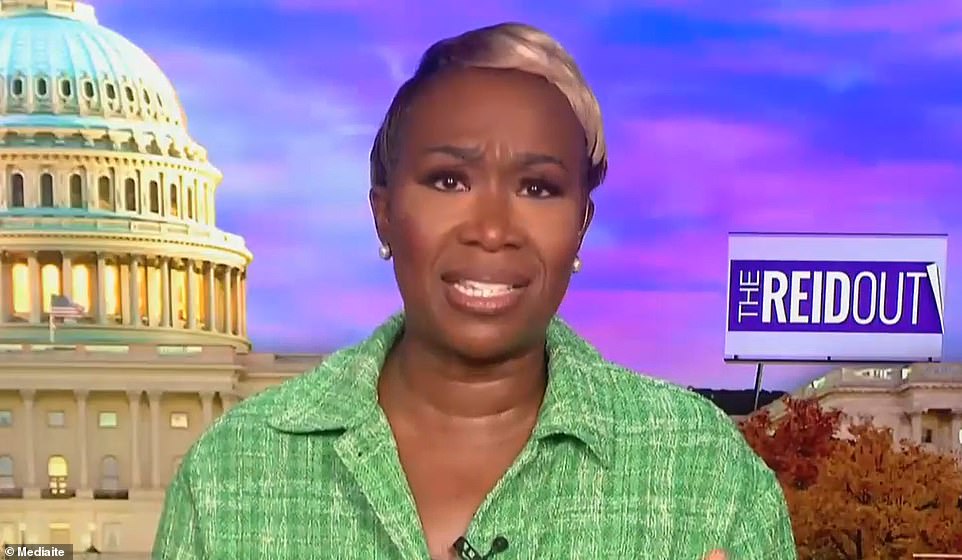 MSNBC personality Joy Reid went on a tirade on Thanksgiving Eve to demolish the holiday’s “myth” and link the revered meal to slavery before bringing up the Ku Klux Klan.

The left-leaning news presenter opened her Wednesday evening program by “unpacking” the Thanksgiving traditions of food, football, and family.

However, the host of “ReidOut” rapidly turned sour.

“It is a celebration rife with historical distortions, based on the notion that the natives greeted their invaders with open arms and ears of corn,” Reid said. “A naive fairytale portrayal of an interaction between native tribes and English invaders in 1621 that omits the subsequent genocide.”

“Republicans want the truth removed from our textbooks because they urgently need to conceal the following secret: Our nation was founded on violence. “We were born violently,” she said.

Reid’s outburst occurs only weeks after MSNBC decided not to renew the contract of weekend anchor Tiffany Cross for allegedly making “vulgar” remarks and “name calling” on live. MSNBC insiders told The Post that she was under pressure for reportedly accruing up to $100,000 in expenditures for visits at five-star hotels.

Wednesday, Reid also cited data from the “1619 Project” to accuse the United States of perpetuating violence and even racial supremacy. Fox News noted that a number of scholars have pointed out flaws in the 1619 Project’s view of American history, which has been pushed in schools.

Reid further connected these examples of repeatedly choosing violence to the recent shootings recorded in Colorado and Virginia.

“How much more killing are we willing to accept? How much longer will we hide in dread, constantly glancing behind our backs when we leave our homes? How much time remains? How much longer must our children have to face active shooter exercises in primary schools? How many vacant chairs remain at the Thanksgiving meal? There is a solution to address and maybe eliminate the issue. “Instead, we are locked in a seemingly constant cycle of gun violence because an extremist minority has invaded Congress and loves weapons more than people,” Reid added.