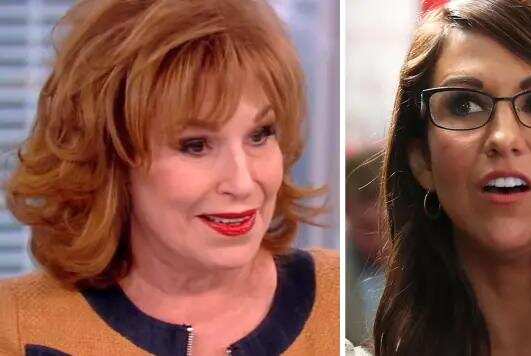 The explosive extracts from Prince Harry’s forthcoming memoir have reached The View, where Harry and his wife, Meghan Markle, were the Hot Topic of the day amid a heated discussion about England, racism, and royals.

Joy Behar began the controversy by defending Meghan Markle, whom she claimed was being unfairly rejected and criticized by Harry’s family. She stated to the panel, “Everyone in the royal family seems to treat Meghan like Yoko Ono,” in reference to John Lennon’s wife.

“Yoko Ono supposedly disbanded The Beatles, and she thereafter became the outcast of her generation. Almost the same applies here. I mean, why would [Prince] William be so unhappy with Meghan and go after her to her husband, if all of this is true? “There is something peculiar about this.”

When Behar questioned the panel if anyone believes Markle is to blame for Harry’s troubled connection with his family, Ana Navarro stated that the entire matter is being handled as gossip, despite the fact that the truth is far darker and sadder. She stated, “At this point, I find all of these stories excruciatingly painful because we are witnessing the dissolution of a family unit right before our eyes.”

She continued, “And yeah, it is tea and it is entertaining, and the royal family is royalty and an institution, but they are also a family. With so much publicity, I believe it will be increasingly difficult for the wounds that are being exposed to heal.”

Behar intervened later in the discussion to defend Markle once more, stating that the “vitriol” against the actress has been “extremely sick” and alluding specifically to Jeremy Clarkson’s heavily criticized December editorial for The Sun.

Clarkson said in the essay that Markle should be paraded naked through the streets and pelted with “piles of feces”; The Sun eventually apologized and withdrew the item.

“What kind of moron writes anything like this about a person, a girl who lives in the world and is attempting to wake up and get through the day? What a horrible pig,” Behar exclaimed.

»Joy Behar on ‘The View’ weighs in on Prince Harry drama: “The Royal Family Treats Meghan Markle Like Yoko Ono”«