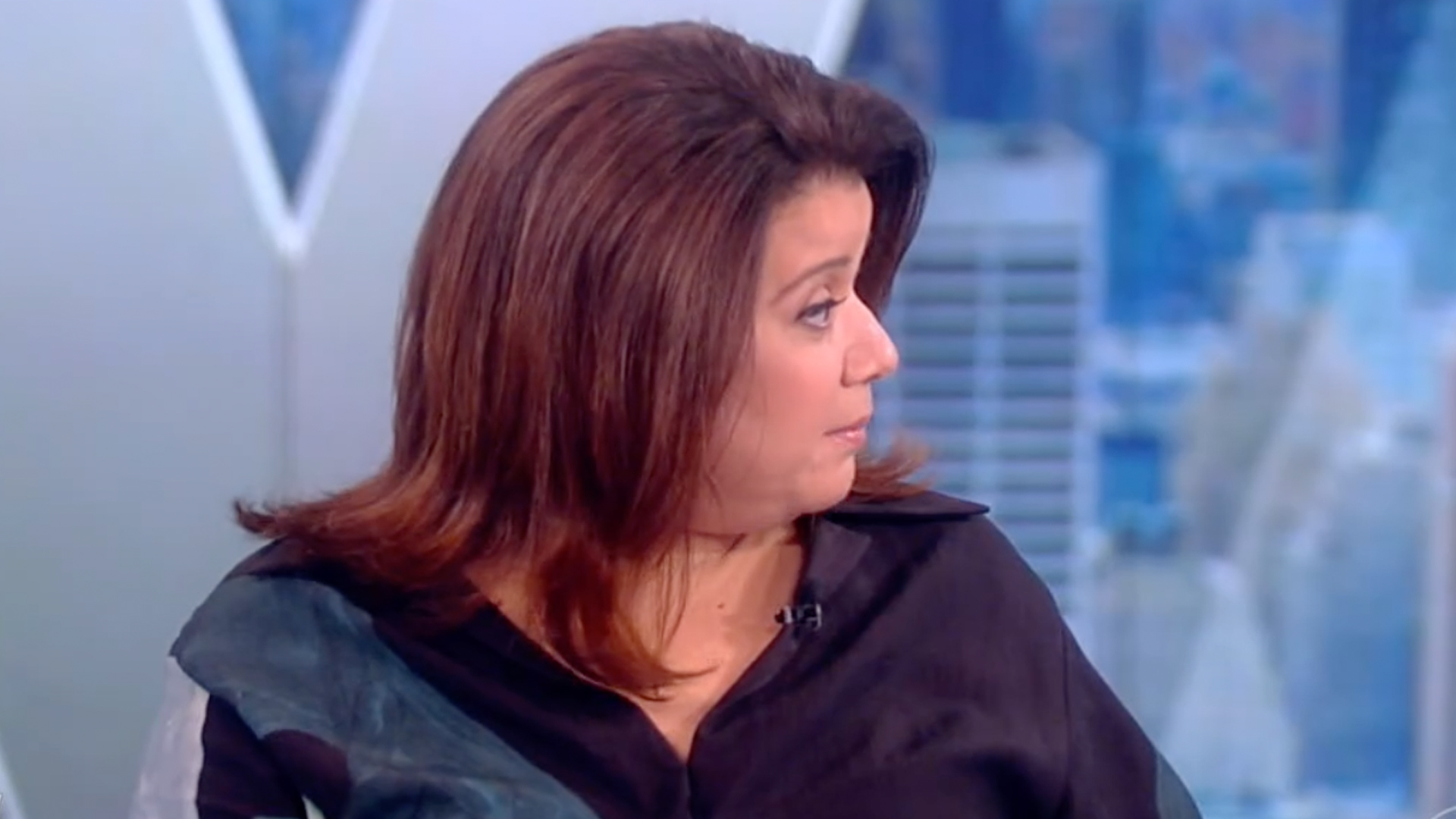 Being a co-host on The View comes with a unique set of benefits, including invitations to the White House Holiday Party and other private events. Yesterday (Dec. 8) at the A-list celebration, Sunny Hostin and Ana Navarro socialized with Vice President Joe Biden and even stayed for the after-party. During today’s broadcast, Navarro described the special significance the White House holds for her, but was interrupted by her co-host Joy Behar.

Navarro, who had photographs with both Marc Anthony and Joe Biden as evidence of her spectacular night at the White House, explained to the panel why she gets so excited whenever she enters the historic structure, and it has nothing to do with the famous people she encounters there.

She began, “I am a Nicaraguan exile. And I—” but Behar interrupted her to joke, “I’m a Brooklyn exile.”

Navarro pursed her lips and arched an eyebrow before responding, “I’m from a bit further away, and I had to undergo naturalization.”

After rebutting Behar’s joke, she returned to the topic at hand, elaborating, “Every time I walk into the White House, I actually want to pinch myself because I can’t believe I’m there, and it’s just the wonder of the history, the significance of the structure, and the items adorning the walls. And during the holiday season, it is breathtakingly gorgeous. “I am pleased to announce that the trees are once again green and not red,” she stated as a jab at the former first lady, Melania Trump.

Earlier in the program, Behar pondered whether anyone missed her at the yearly celebration, prior to her co-hosts revealing that she had been invited, but was absent.

“Did anybody ask for me? Behar stated, “I wasn’t there,” to which Hostin answered, “You were asked for,” but Navarro interjected to alter the story, stating, “During your birthday, you said, ‘I hope I am invited to the Christmas party.’ Then they invited you, and you didn’t show up.”

After Hostin informed Behar that the president was searching for her during the party, Behar remarked, “It’s the price I pay for my party animal appeal. Typically, I fall asleep.