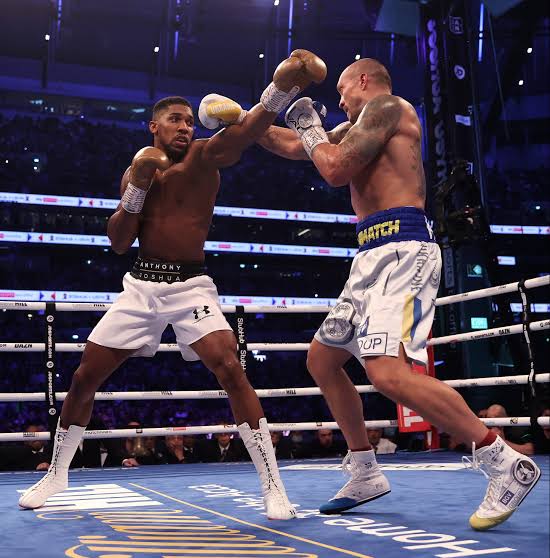 Anthony Joshua is unlikely to have home advantage for his world heavyweight rematch with Oleksandr Usyk this summer.

Joshua’s promoter Eddie Hearn wants to stage the rematch back at the Tottenham Hotspur Stadium because he feels fighting in London will boost his chances of winning back his belts. But Saudi Arabia has made a site offer which could generate twice as much fighting at Spurs’ home and Hearn says Usyk would prefer to go abroad.

Both fighters must agree the venue for the rematch, which has a 50-50 purse split, and Hearn can understand Usyk’s reluctance to return to London.

He does not want to hand Joshua home advantage, even though he dethroned Joshua there in September to become a two-weight world champion.

The Matchroom chief said; “If contracts and site fees that have been offered come to fruition, it would make going to the UK very difficult for us to get Usyk to do, quite frankly.

“We can see it from their point of view, ‘why would I bother going back to England for half the money?

“We can’t take a site that pays significantly less to Usyk. We want to go to London, it would be a big advantage for AJ to take this fight back to London, but if a site fee generates double the money, there’s no way Usyk will allow us to go to London.So we do have to take that into consideration, but AJ just wants to fight.”

Usyk’s promoter Alexander Krassyuk said had that he hoped the venue and date would be confirmed inside the next fortnight and Hearn agrees with his timescale..

Both sides are still looking at the end of June or early July to stage Usyk’s defence of the WBA Super, IBF and WBO belts he won from Joshua.
Hearn said: “We’ve had a number of offers and dates.

“We’re going through the contracts at the moment and we’ll see where it will be, but I think two weeks to sort everything out is a good yardstick.”

.
Usyk is in training in Poland after he had returned to his native Ukraine to volunteer to fight in the war against Russia.

Hearn says Usyk’s team was able to convince him that the best way to help his country at this perilous time is to face Joshua.