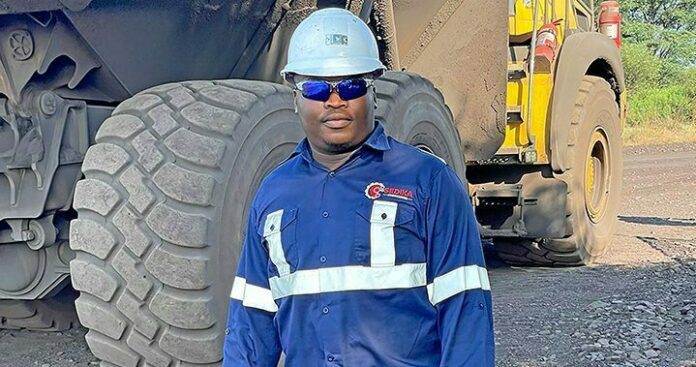 Lebo Jood is the creator of Sedika Group, a business that provides crucial services to the mining industry.

Jood’s 33-year-old company specializes in strategic leadership and operational direction, as well as the development of acquisition and retention programs in the mining, construction, and manufacturing industries.

Jood, a native of the Northern Cape, founded the organization in 2013. After receiving “innovation awards” at a young age, he says he was inspired to start his own firm. His organization is located in Kuruman’s John Taolo Gaetsewe District. Its primary operations in the Northern Cape are in iron ore and manganese at Kuruman and Khathu.

In 2007, Jood was awarded the bronze prize at the Eskom National Science Expo. At the time, he was in high school. He then became the second finalist of the MTN Big Break Legacy in 2013. He claims that after achieving his goal, his zeal compelled him to pursue possibilities and use his God-given talent to leave a legacy for himself and others.

“I felt compelled to convert my ideas into sustainable monetary worth and produce the required socioeconomic impact in our local communities. We operate within a 150-kilometer radius of the iron-ore and manganese belt in the Northern Cape. “We realized that the passion we had to build this company to the best of our ability did wonders for ourselves as a result of our vision to take the Sedika Group to greater heights,” Jood explains.

In addition, he notes that building his firm was not a breeze, as he encountered obstacles and misfortunes on his route to the top. “However, I remained adamant about building this business, and I also take a risk. As you are aware, fear kills more dreams than failure ever could, so I decided to be courageous, and the results were positive,” he says.

Jood stated that entrance hurdles in industrial areas such as mining are significant and administratively and financially difficult.

“The market’s confidence and hunger for local black youth business ownership is low, which means that, as a black youth-owned company, you must be exceptional to enter some of these highly competitive areas. As a youth-focused black business, you must come up with innovations and ideas to demonstrate your talent in reversing the industry’s fortunes and bringing viable and profitable business to your clientele.

“Inclusive economic policies have made it possible for more black players to enter markets that were previously dominated by a small number of players.” Jood argues that economic stability and a more robust and intentional policy to build and capacitate innovative black youth-owned businesses to compete in the mainstream economy are important, as is the creation of a second layer of corporate leadership in the marketplace.

“Because of my ideas and positioning, I was able to secure loan money from reputable local entrepreneurs and my own family. Jood expresses gratitude for having participated in the supplier and company development programs of Zimele under the Anglo-American Kumba Iron Ore and Assmang Black Rock Mine Operations.

“Both entities assisted the group, not only by providing soft loan funding, but also by providing intangible services such as labour relations, accounting, procurement links, and operational matters.”

The business, according to Jood, has decided to launch a graduate programme in 2023 that “will absorb young engineers and craftsmen into our operations, helping them to develop and also positioning our group in the market.”

“As a small to medium-sized business, addressing the high youth unemployment rate and alleviating poverty makes me feel good.”