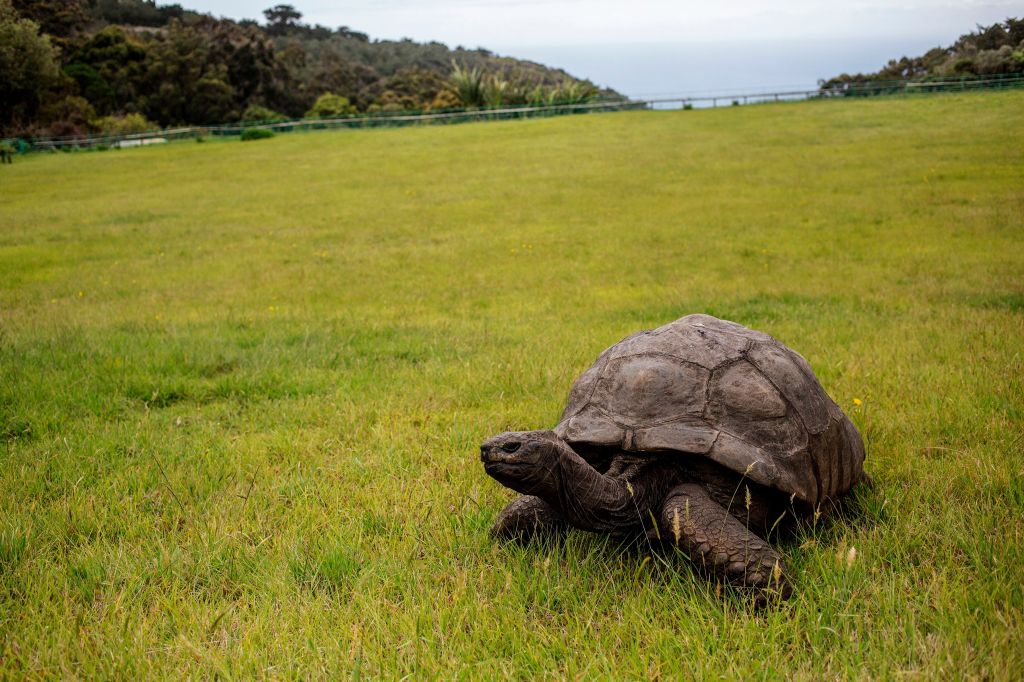 Jonathan the tortoise celebrated his 190th birthday, extending his reign as the world’s longest-living terrestrial animal.

As a gift to the governor of the British territorial island of Saint Helena in the South Atlantic, Jonathan initially landed at his current residence in 1882. At the time, he was believed to be 50 years old.

Now 190 years old, Jonathan measures 48 inches in length, the same as when he first landed on the island.

The fact that his tortoise species matures at age 50 provides the most accurate estimate of his age, however other naturalists feel he might be considerably older.

In 2008, when The Independent published his then-remarkable age of 176, he first attracted international attention despite his lengthy life.

Locals wondered as to why Jonathan had survived so long, surpassing the 150-year lifespan of his species, the Seychelles Giant tortoise.

Jonathan was five years old when Britain’s second-longest reigning queen, Queen Victoria, ascended to the throne, and he survived both World Wars. He has lived through the administrations of 39 U.S. presidents and is older than the initial image.

Jonathan resides on the farm of the Governor in Saint Helena.

Locals arranged a variety of events to commemorate Jonathan’s birthday, which culminated in a three-day party.

Jonathan, estimated to have been born in 1832, has spent the most of his existence at the governor’s plantation home, according to the island’s website, which adds that Jonathan might serve as the island’s national emblem. The reverse of a St. Helena five penny coin has Jonathan’s picture.

Even scientists have examined Jonathan’s food and cells to understand what health advantages they may derive from them. Because his cells do not mutate in the same way that human cells do, scientists believe he may hold the key to combating cancer in humans.

According to Smithsonian magazine, Jonathan surpassed the previous record-holder for oldest living land animal, a Madagascar tortoise named Tu’I Malila, who was gifted to the Tonga royal family in 1777 and died in 1965 at the age of 188.