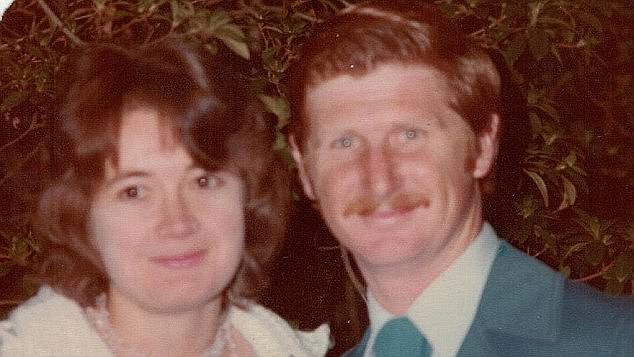 Monday afternoon, just after a five-week murder trial completed, a jury of the NSW Supreme Court reached a decision in less than five hours.

The jury was not required to examine the alternative charge of manslaughter while rendering the murder conviction against Bowie.

He has consistently denied involvement in the disappearance of his then-31-year-old wife from their Walgett, New South Wales, home on or around June 5, 1982.

Mrs. Bowie’s body has never been discovered, and she has not been heard from or seen since.

While the method of the murder has not been determined, it is possible that the victim’s body was fed to pigs.

The jury was persuaded by the circumstantial evidence presented by the Crown, which suggested that Bowie murdered his wife after forcing her to write two letters claiming she had abandoned her husband and children.

It was conveyed to the jury that she was a devoted mother and that it was improbable that she would abandon her family. The prosecution stated that she had not used either of the two family vehicles and that, given the paucity of public transportation in Walgett, any other mode of travel would have been problematic.

The Crown asserted that Bowie’s motivation for the murder was his desire for an unrestricted relationship with another woman, Gail Clarke, who resided in Sydney at the time. Ms. Clarke has passed away.

Bowie’s attorneys argued that he would not have traveled so far to see Ms. Clarke had he not been a well-known womanizer.

The jury was also presented with evidence suggesting Bowie had a history of domestic violence.

A trial witness claimed to have witnessed a person matching Bowie’s description burying a bra and pantyhose in a ravine on a golf club in Walgett.

A dress ring, which the Crown said belonged to Mrs. Bowie, was unearthed during excavations near the Bowie family residence.

Prosecutors stated that Bowie made multiple admissions to the murder, including telling one people that he had “killed someone previously” and telling another individual that pigs leave no evidence of a body.

Bowie’s attorney Winston Terracini SC denied the prosecution’s case, stating that there was no forensic proof of a murder or even a scuffle at the couple’s Walgett residence.

The jury was informed that Bowie’s wife had good reason to leave him voluntarily since he was a violent, heavy-drinking womanizer.

Mr. Terracini asserted that there were errors in the police investigation and maintained that the protracted delay in initiating criminal proceedings was detrimental.

Bowie will be sentenced at a later date.

»John Bowie convicted of killing his wife, Roxlyn, in Walgett«