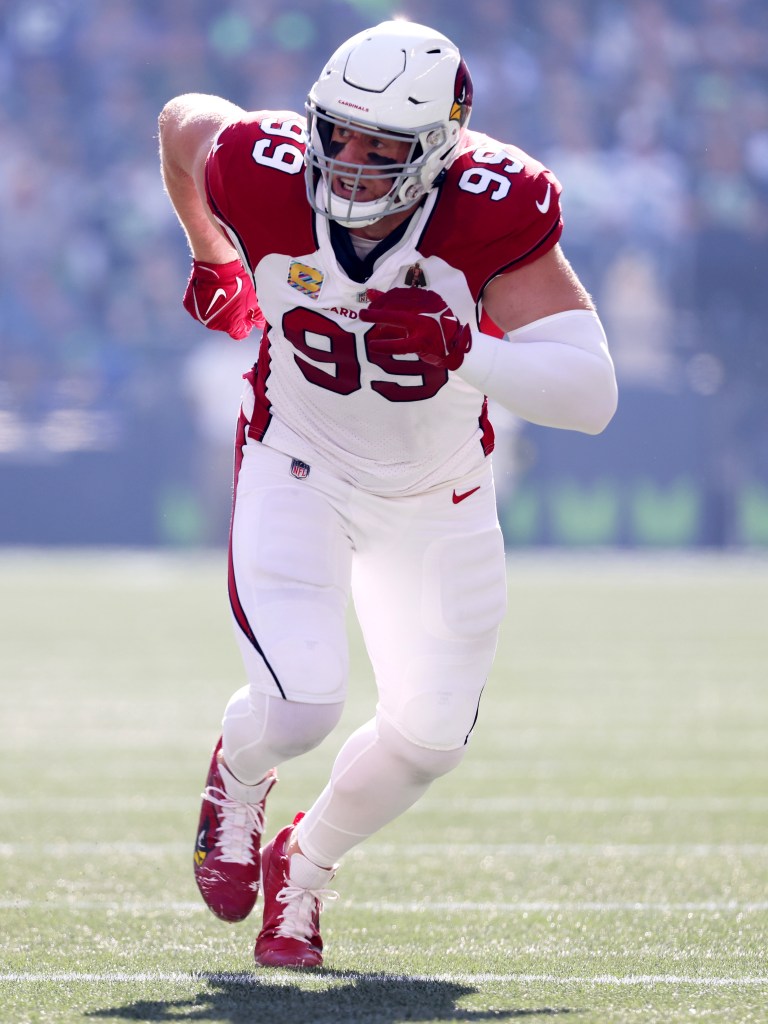 Sunday’s game against the Buccaneers will be his “final ever NFL home game,” he wrote on Twitter on Tuesday, alongside two images of himself with his wife Kealia and baby son Koa.

“Koa’s first ever NFL game. My final NFL home game ever. My heart is just filled with love and gratitude. Watt tweeted, “It’s been an amazing honor and a pleasure.”

He has never played in the Super Bowl, but he is a lock for the Hall of Fame and perhaps one of the greatest players of all time.

With two games remaining, Watt ranks 38th in NFL history with 111.5 career sacks. With one additional half-sack, he would surpass his old Cardinals teammate Chandler Jones.

Arizona has stumbled to a 4-11 record, and Watt’s final postseason run is no longer a possibility. However, if 2022 is his final season, he will retire as a legend.

It was stated earlier in the season that he had a heart condition, but he did not miss any games.