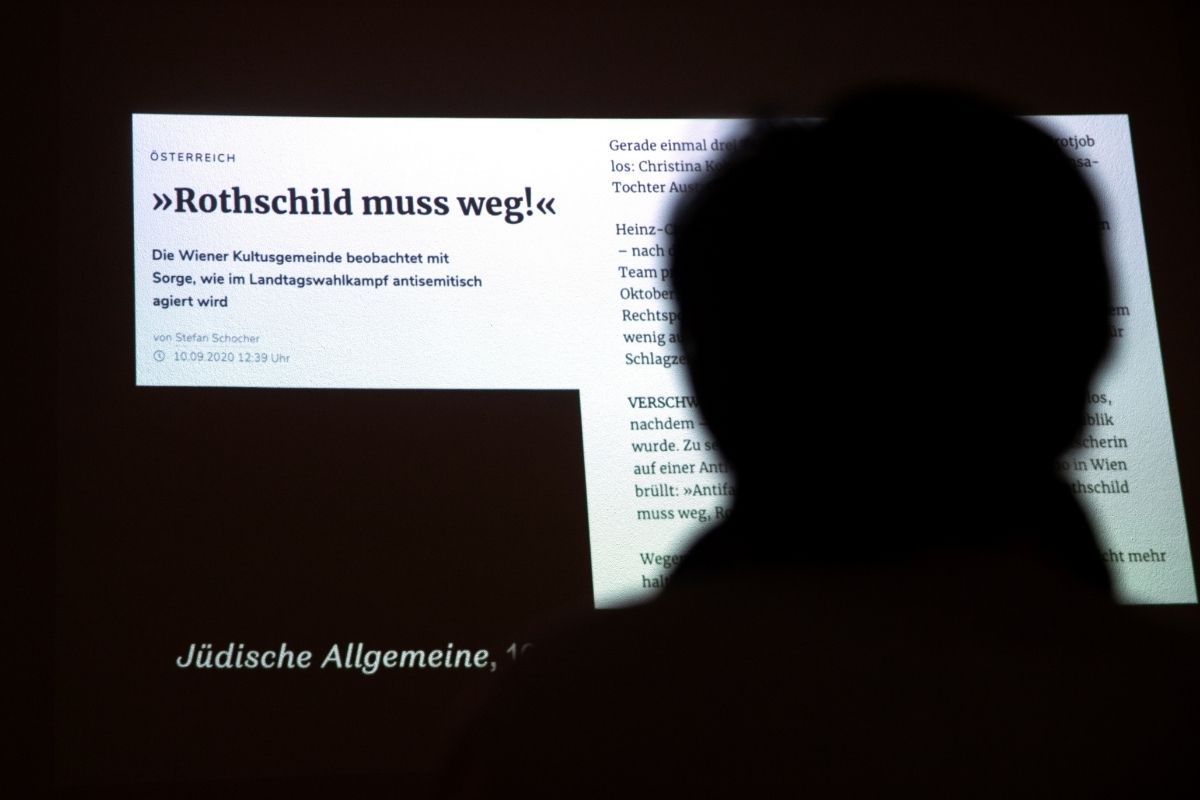 Now an exhibition at the Jewish Museum in Vienna seeks to debunk some of the wild rumours and explore why the Rothschild name continues to attract them, especially as some people on social media look for what they say is proof that the elite is making money out of the virus.

“We often hear the names of George Soros or Bill Gates, Jewish or non-Jewish people who are responsible for everything,” exhibition curator Tom Juncker told AFP.

The fame – and conspiracy theories – that the Rothschilds have long drawn have their roots in the family’s success in banking.

With “their rapid success”, the Jewish family – which made its fortune setting up banks in the 1800s around Europe – became “the face of the emerging banking industry”, drawing public attention and comment, Juncker said.

After censorship was abolished in the Habsburg Empire in 1848, cartoons and caricatures about them became ever more virulent and began to evoke an “alleged worldwide Jewish conspiracy, which has in fact continued until today”, he said.

One of many items on display at the exhibition, which runs until 5 June, is a 19th-century lithograph depicting family patriarch Mayer Amschel Rothschild, overweight and with a hooked nose, manipulating the ruling classes like juggling balls.

The Rothschilds “have been made the culprits for certain shortcomings of the system, instead of attributing those to the speculative mechanisms of capitalism,” Juncker added.

ROTHSCHILD NAME BECAME ‘CODE’ TO BLAME OMNIPOTENCE OF THE ELITES

After 1945 in the wake of the slaughter of six million Jews in the Holocaust, when being openly anti-Semitic became a crime, the name of Rothschild became a “code” to blame the omnipotence of the elites.

“After the Shoah, open hatred against Jews was taboo,” the Jewish Forum for Democracy and Against Anti-Semitism said.

“So right-wing extremists and other anti-Semites started finding code words for the alleged conspiracy of the Jews.”

At the Vienna exhibition, a large screen reproduces social media posts to highlight how this continues even today.

“Especially now, in the context of the coronavirus pandemic, it is again very current: we always find Rothschild there,” Juncker said.

In one case, posts shared thousands of times on Facebook from late 2020 point to a “Covid scam”, claiming a certain Richard Rothschild filed a patent for a COVID-19 screening test as early as 2015.

A spokeswoman for the financial advisory group Rothschild & Co confirmed to AFP that the man cited had no connection with the group.

In addition, while the patent – which describes techniques for analysing biometric data – is from 2015, it was updated in September 2020 to say the techniques could be applied to COVID.

In another case from July 2020, unconnected to COVID but highlighting the breadth of attack, a widely shared photo depicts family member Lynn Rothschild in a luxurious living room in front of a painting of a diabolical creature devouring babies.

The image has been doctored – the original photo shows Rothschild in front of a different painting, according to research by AFP’s fact-check team.

‘THE VIENNA ROTHSCHILDS – A THRILLER’

Having risen from humble origins, the Rothschilds have made a decisive contribution to Europe thanks to “their very modern management”, said Gabriele Kohlbauer-Fritz, another curator of the exhibition, entitled The Vienna Rothschilds. A Thriller.

“It was a family from the Jewish ghetto in Frankfurt. It all started with a small coin dealer who sent each of his five sons to European cities, including Vienna” in 1821, Kohlbauer-Fritz said.

The Austro-Hungarian Empire was then plagued by recurring financial difficulties.

Salomon Rothschild quickly became indispensable to the monarchy and was ennobled, without giving in to assimilation and denying his Jewishness, according to the exhibition.

The Credit-Anstalt bank, state-of-the-art hospitals, a major foundation, sumptuous palaces, a train station, a garden – almost everything he and his descendants built in Vienna before Austria’s annexation by Adolf Hitler has disappeared today.

After the Viennese branch of the family emigrated to the United States, many of their properties ended up being demolished to make way for modern buildings, says Kohlbauer-Fritz, who painstakingly unearthed some of the forgotten heritage for the show.

It was not until 2016 that a Rothschild Square was inaugurated in Vienna to honour the family’s contribution.