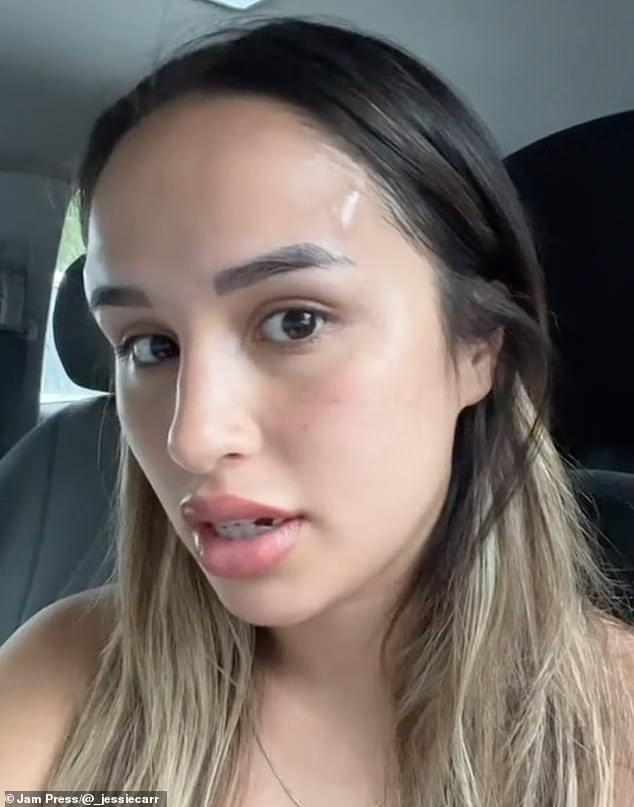 Jetstar has overhauled its contact system with passengers after a TikTok star and her sister were left stranded at the airport after taking their mandatory PCRs two hours too early.

Jessie Carr, 22, and her sister Angie, 23, were left at Sydney International Airport on Monday night because they would have been denied entry to Indonesia.

Australians travelling to Indonesia need to be vaccinated against Covid and take a PCR test within 48 hours of departure.

The sisters were subsequently blocked from boarding their Jetstar flight to Bali because of the premature tests, with the company confirming to Daily Mail Australia it has since changed its pre-check in text messages to ensure the situation doesn’t happen again.

‘We’ve now changed our SMS to be as clear as we possibly can. Also the SMS included a link to our website where the requirements are listed, however we still need customers to check in government websites as sometimes information and requirements can be updated on a short notice,’ a spokesperson said.

PCR tests are available at the airport but take an hour and a half to complete, too long for the sisters to make their flight.

‘When you get denied to catch your flight to Bali because the PCR test expired two hours before check in,’ Jessie wrote in a video she shared online.

The sisters were travelling to Bali to reunite with their father after being unable to see him for several months due to Covid restrictions.

‘We could have completely missed our opportunity to visit him and also lose our money and total holiday,’ Jessie told Daily Mail Australia.

The TikTok star said she and Angie took the test 50 hours before the flight on Saturday afternoon and received their tests results 40 hours before departure.

It was only once the pair arrived at the airport that they realised the 48 hour deadline was from when the tests were taken, not when they received their result.

They said confusing instructions from Jetstar led to the mishap.

‘The instructions were not clear. The text message from Jetstar stated that we needed negative test results within 48 hours before departure,’ Jessie said.

My eyebrows were completely uneven,’ she said in a video.

‘I had lumps on my face but they didn’t poke out that much and didn’t look inflamed.

‘It’s definitely not worth it, it doesn’t work and it left me looking botched like this!’

She said if she pressed hard enough on the threads she could feel ‘liquid transferring from side to side.’

Jessie went back to her doctor to receive a $1,100 refund and ‘dissolve’ the threads.

Seven months later Jessie is still suffering from the surgery and has a lump on her right temple.