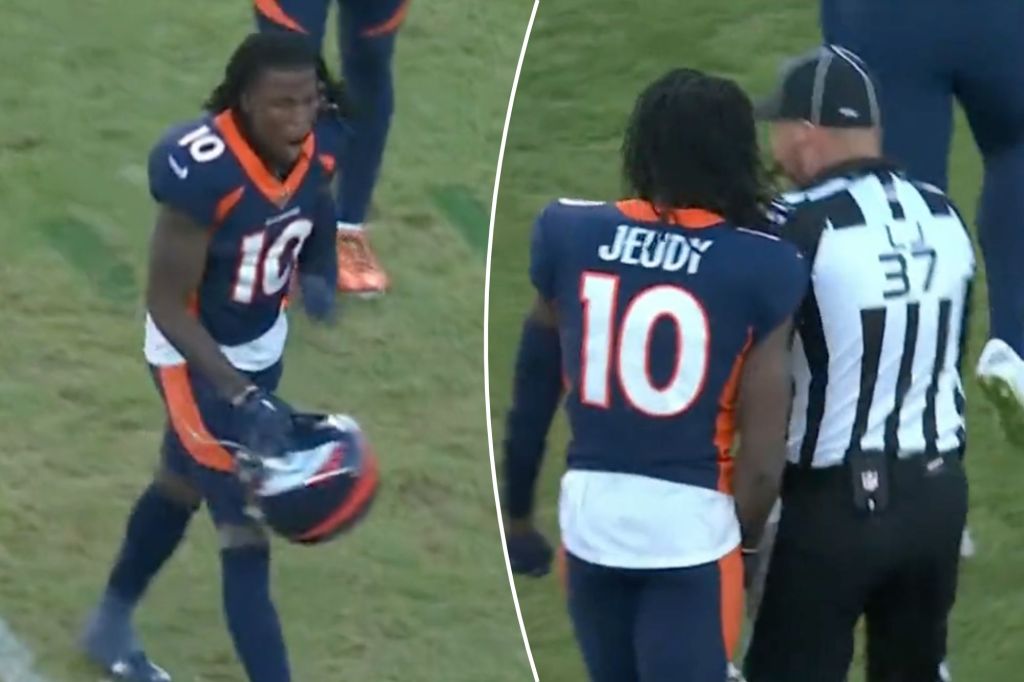 On Sunday, during the Broncos’ 34-28 loss to the Chiefs, Denver receiver Jerry Jeudy appeared to get away with a few fouls.

Jeudy expressed his displeasure at the referee’s refusal to issue a holding penalty by removing his helmet, shouting at him, and eventually colliding with him. These three actions carry fines, and colliding with an official can result in ejection.

The official NFL rulebook prohibits “unnecessary physical contact with a game official,” with the following explanation: “A player may never shove, push, or strike an official in an insulting, disrespectful, or unsportsmanlike manner. The player will be disqualified from the game, and the Commissioner must be informed.”

The NFL’s commissioner, Roger Goodell, was certainly informed about Jeudy’s outburst during the game and may sanction the wide receiver on Monday.

In 2017, former Raiders running back Marshawn Lynch was involved in a similar incident. Lynch was expelled and then punished for running onto the field and contacting an official.

A source told Pro Football Talk that Jeudy is unlikely to be suspended, but a hefty punishment is inevitable.

Except for the incident with the referee, Jeudy enjoyed a career-best performance for the Broncos. He caught eight passes for 73 yards and three touchdowns, and the Broncos scored 28 points, their highest point total of the season.

In addition to allowing a season-high 34 points against Kansas City, the loss removed the Broncos from playoff contention.