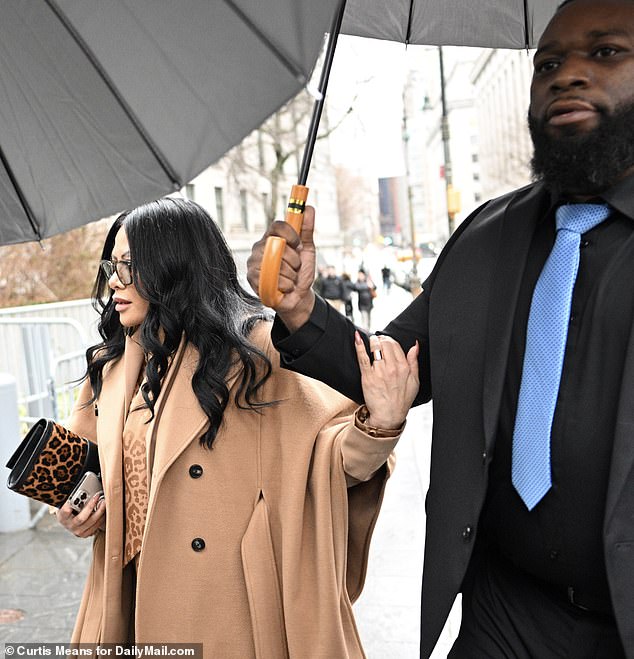 Jen Shah, a member of the Real Housewives of Salt Lake City, clutched her bodyguard’s arm as she entered the New York courtroom this morning to receive her wire fraud sentence.

In a remarkable defense U-turn, the reality TV personality pled guilty to one count of wire fraud in July.

Several charges of conspiracy to conduct wire fraud and conspiracy to commit money laundering had been brought against her in connection with what the prosecution characterized as a large-scale telemarketing scam.

Shah and her coworkers are charged with compiling “lead lists” falsely and selling them to businesses.

A person on such a list would then be persuaded to enter an endless cycle of payments or subscriptions that they couldn’t escape from or didn’t know how to.

Shah, 49, is being sought by federal authorities for a 10-year jail sentence.

For months, Shah, one of the most bombastic characters in her Bravo reality TV series franchise, denied any wrongdoing.

In response to her former aide Stuart Smith’s guilty plea in July, she significantly altered her plea.

Shah forfeited a large number of real and fake designer bags as well as fake jewelry as part of the lawsuit.

On the list, there were several imitation Chanel and Hermes bags.

Shah, a married mother of two, boldly portrayed herself as a frivolous spender on the Bravo program.

She constantly referred to her “Shah squad” and talked about spending $80,000 on a friend’s birthday celebration.

Sharrieff Shah, her husband, is the University of Washington’s head football coach.

Shah went into court today without him.