Skip to content
Go Home «» News «» Breaking News «» Jen Shah brings a Gucci handbag to her sentencing hearing, but it may be counterfeit 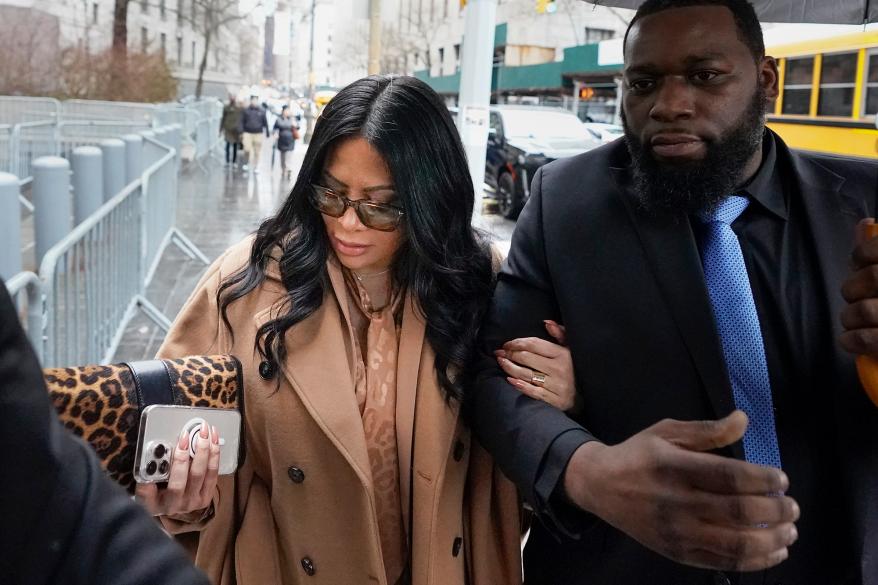 Friday, during the sentencing phase of her fraud trial, the “Real Housewives of Salt Lake City” actress wore a camel-colored coat with a matching leopard-print pussybow top.

Shah, who was sentenced to six and a half years in prison for wire fraud, also carried a Gucci leopard-print clutch ($1,190) for the occasion, less than a month after it was revealed that federal authorities confiscated more than 50 counterfeit purses and pieces of jewelry from the reality star’s Utah residence.

She previously carried the identical purse to BravoCon after-parties (though she was not invited to any of the formal events).

Shah wore a scarlet Gucci handbag costing more than $2,000 and a Gucci logo belt embellished with pearls to the courthouse in July 2022, indicating that the Italian fashion house is a favorite of his.

According to records acquired by Page Six, the counterfeits included handbags tagged “Louis Vuitton,” “Chanel,” “Fendi,” “Jimmy Choo,” and “Gucci,” but neither the red purse nor the leopard clutch were listed.

The arrest of the Bravolebrity in March 2021 for allegedly defrauding hundreds of victims in a telemarketing scheme prompted the search of her residence. However, the inventory list, which contained authentic designer goods, was made public following Shah’s guilty plea in July in order to assist her pay the $9.5 million in restitution she owes.

Shah stated after her plea hearing that she deliberately provided fraudulent services.

“From 2012 to March 2021, I conspired with others to commit wire fraud in the Southern District of New York and elsewhere,” stated Shah. “I accomplished this by knowingly providing customer names to individuals who were marketing low- or no-value business services.”

Sharrieff Shah Sr., her husband, pleaded with the judge for leniency in the sentencing at the time.

»Jen Shah brings a Gucci handbag to her sentencing hearing, but it may be counterfeit«