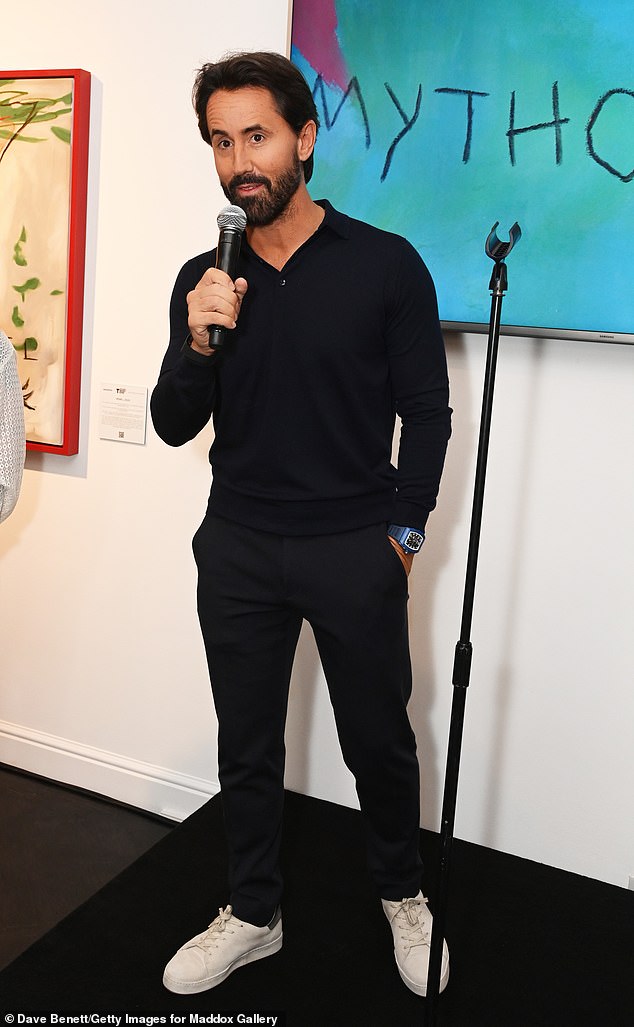 Jay Rutland, the husband of Tamara Ecclestone, has defended his neighbors Prince William and Kate by accusing Harry of “airing his family’s dirty laundry.”

Rutland, 41, criticized the Duke of Sussex on Instagram for certain facts in his new book Spare.

He criticized the content of the autobiography, which was embarrassingly revealed five days early in Spain.

In a scathing critique of the book, he asserted that it was brimming with resentment, adding to the avalanche of criticism the book has received in recent days.

Rutland wrote online that William was king material and added, “Harry’s childish jealousy proves he never could have been”

Later, he continued, ‘It is notable that Harry has not yet called the Royal family racist.

“Is that because…A) He delights in associating them with the same scumbags.

‘B) It was all hogwash, C) He’s conserving it for the next opportunity to make money. My vote is for option C, with a dash of option A.

After he labeled Meghan Markle ‘difficult,’ ‘rude,’ and ‘aggressive,’ Harry has claimed in his book that he got into a fight with the Prince of Wales.

Additionally, Harry’s autobiography states that William advised him against proposing.

Harry asserted that William grabbed him by the collar and threw him to the ground, smashing a dog dish, during a stand-up argument in Nottingham Cottage, his Kensington Palace apartment.

According to him, his back was scraped and bruised. In a newly leaked tape from ITV’s upcoming interview with Harry, the duke stated that his brother was so enraged during the alleged 2019 incident that he saw’red mist in him’

Rutland wrote online that William was king material and added, “Harry’s childish jealousy proves he never could have been”

Harry, Kate, and William on the balcony of Buckingham Palace during the 2013 Queen’s birthday parade.

He adds of his brother, “He wanted me to hit him back, but I chose not to.” In the early morning film released today, Harry tells his buddy Tom Bradby, ‘What was unusual here was the amount of irritation, and I talk about the red mist I’ve had for so many years, and I saw this red mist in him.’

The brief footage from the ITV interview, which will air on Sunday, also featured Harry discussing the drug use mentioned in Spare.

Mr. Bradby informs the duke, “The book contains a considerable amount of drugs.”

Cannabis, magic mushrooms, and cocaine. I mean, that will certainly startle people.’

The duke appears to concur and states that it was “important to recognize.”

The prince also indicates that he desires reconciliation with his family, which he argues cannot occur without “some accountability.”

He states, “I want reconciliation, but first there must be accountability.”

The duke further asserts, ‘Supposedly, there is just one side of the tale at the present, correct?

There are, however, two sides to every story.

It comes after Harry reportedly claimed in his book that William had referred to his American bride Meghan as ‘difficult,’ ‘rude,’ and ‘abrasive’ — sentiments that the younger brother claimed echoed ‘the press narrative’ about his wife.