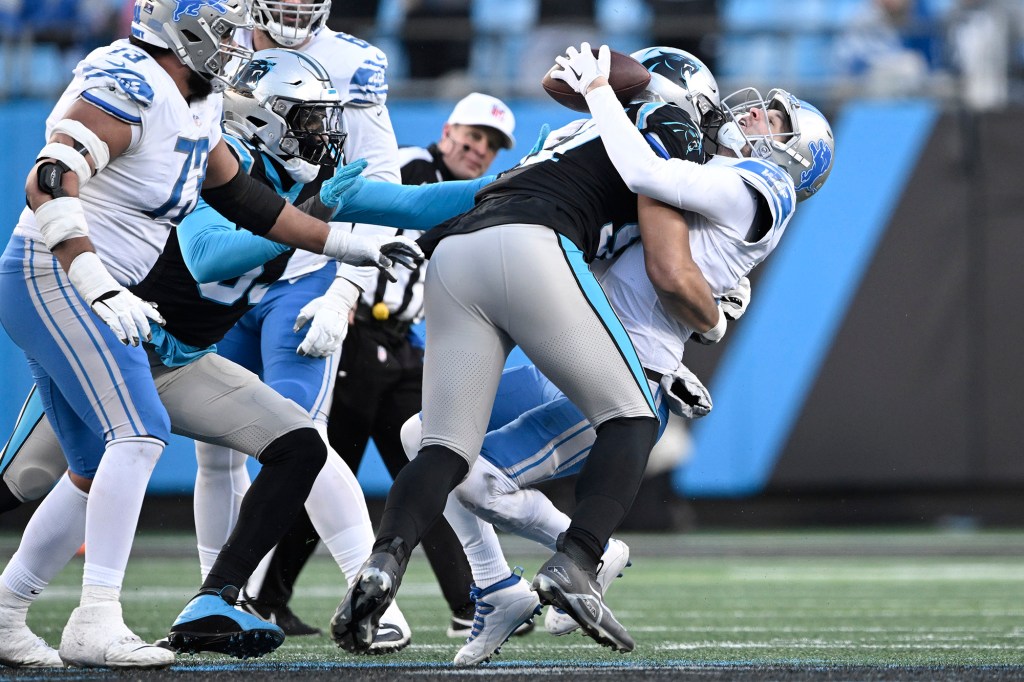 Saturday’s field conditions at Bank of America Stadium were subpar, according to Lions quarterback Jared Goff, who described them as “below NFL level standard” before the game.

Goff remarked during Detroit’s 37-23 loss to the Panthers, “I don’t know what the situation is, but they need to find a way to make the turf not feel like cement.”

The Carolina players appear to concur.

Shaq Thompson, a linebacker, told the Associated Press last month, “it will likely take all of us to stop practicing here until we get grass” “It means that they earn enough money from us to maintain the lawn. I hate to admit it, but our previous owner, Jerry Richardson, had grass… Observe your players. We want grass.”

It’s possible that the weather had something to do with the exceptionally terrible conditions on Saturday. In Charlotte, the game-time temperature was 20 degrees and windy, the lowest in Bank America Stadium’s history.

Goff stated that the field improved as the game progressed, but he was relieved that no one was seriously injured.

“Before the game, the field was not playable,” Goff stated.

Goff threw for 355 yards and three touchdowns, but the Lions (7-8) were unable to mount a comeback after trailing 24-7 at the half.

The Panthers (6-9) trail the Buccaneers by half a game for the NFC South lead.