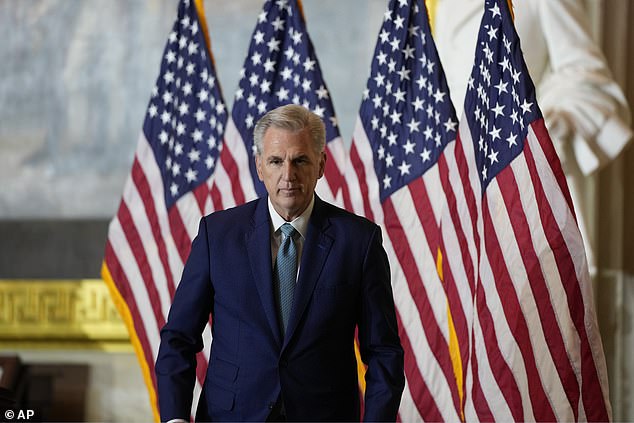 Adam Kinzinger said on Sunday that the criminal referrals made by the select committee on January 6 may assist the Justice Department focus its investigations; nevertheless, the list of referrals will not include five Republican legislators who resisted the panel’s subpoenas.

Representatives Scott Perry of Pennsylvania, Jim Jordan of Ohio, Andy Biggs of Arizona, and Mo Brooks of Alabama, along with House Republican Leader Kevin McCarthy, all refused to appear before the panel on January 6.

The nine members of the January 6 House Select Committee have argued that the Constitution restricts their ability to recommend other members of Congress for criminal prosecution.

However, the committee has the option to send the issue to other House committees, each of which has a procedure in place for handling member conduct.

The subcommittee of the panel responsible with replying to the five members is headed by Maryland representative Jamie Raskin.

Raskin said, “The Speech or Debate Clause clearly establishes that Congress does not hold members of Congress responsible in the court or other areas of the government.” “Members of Congress are exclusively liable for their activities under Article One in their own chambers.”

It seems that the panel intends to bring the matter to the House Ethics Committee in order to deal with MPs who have disobeyed their subpoenas since May.

For individuals who are not in Congress, the panel will submit criminal cases to the DOJ, according to panel chairman Bennie Thompson of Mississippi.

On Sunday, Kinzinger said to Martha Raddatz of ABc This Week, “The criminal referrals themselves aren’t necessarily anything that is going to wake DOJ up to something they didn’t know before.” But I do believe that the committee may make a significant symbolic gesture—or even more than that, make it very apparent that Congress believes that a crime has been committed here and that the DOJ should look into it.

It will be here soon. However, we have taken his position extremely seriously, and we believe the nation will be far better off as a result of the work we were able to do,’ he said.

One of the two Republicans on the select committee looking into the causes of the assault on the Capitol on January 6, Kinzinger. Vice Chairwoman Liz Cheney also joined him; both are members of the GOP Congress who supported Donald Trump’s second impeachment.

Republican from Illinois Kinzinger decided not to compete for reelection in the 2022 midterm elections, while Wyoming’s Cheney, who had been demoted from No. 3 earlier this year, lost her primary to Trump-backed rival Harriet Hageman.

The January 6 panel is getting ready to end since it will probably be dissolved after Republicans gain control of the House next month.

When the 118th Congress is sworn in, Republicans will also assume control of the Ethics Committee, which may wind up investigating into the five legislators who disregarded subpoenas on January 6.