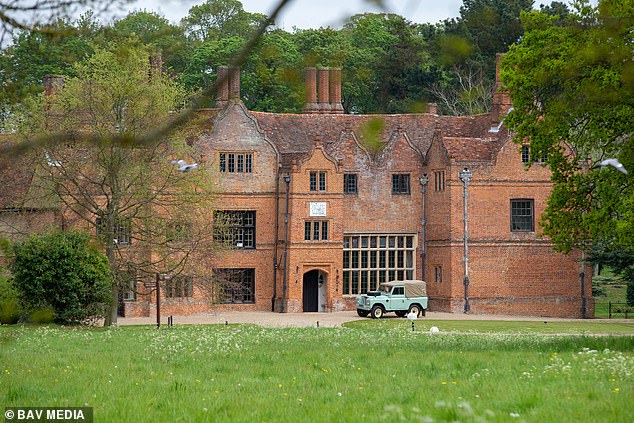 Jamie Oliver has submitted an application to construct a television and film studio in the backyard of his £6 million property in Essex.

The television chef desires to transform a barn on his family’s Finchingfield property, the Grade I-listed Spains Hall, into a kitchen film set.

The historic open-fronted agricultural barn in the former farmyard is currently used for general storage, but Mr. Oliver, 47, is requesting permission to convert it into a television film set.

The petition is in response to the fact that the chef recorded a television series in the main kitchen of his home during a lockdown, with his family serving as the film crew.

Plans submitted to Braintree Council indicate the new studio could be utilized seven days a week from 7 a.m. to 7 p.m. and that filming periods may run up to five weeks.

It is stated that filming would bring a maximum of 25 autos per day and four transit vans per week to the location. Mr. Oliver intends to retain the current 18,3-by-12-foot steel barn construction.

He will remove the asbestos and cement cladding and replace it with ship-lap wood, which will weather to a pale monochrome hue.

An Ecological Assessment has advised that he install two bird boxes, a hedgehog box, and a bee box as part of the project.

In 2020, Mr. Oliver taped twenty episodes of Jamie: Keep Cooking And Carry On at his house, preparing cuisine with limited materials for viewers isolated by the COVID pandemic.

The episodes were recorded on his and his family’s cell phones. His family served as crew members as well.

His subsequent series, Jamie: Keep Cooking Family Favourites, was recorded on his property.

The chef is presently filming the C4 series Jamie’s Seasons, which will be divided into four parts — spring, summer, fall, and winter — and will premiere the following year. It will follow Jamie as he discovers the various fruits and vegetables available throughout the year.

Mr. Oliver purchased his estate in Essex in 2019, and before moving in, he had extensive renovations performed, including the restoration of several original features.

When Mr. Oliver purchased the home, it had only been occupied by three generations and had not been sold for 250 years.

Original features include a well on the ground level, a priest hole on the first floor, and The Prayer house, a two-story red-brick Tudor gazebo in the gardens.

The property also includes a swimming pool, tennis courts, and lakes for fishing.