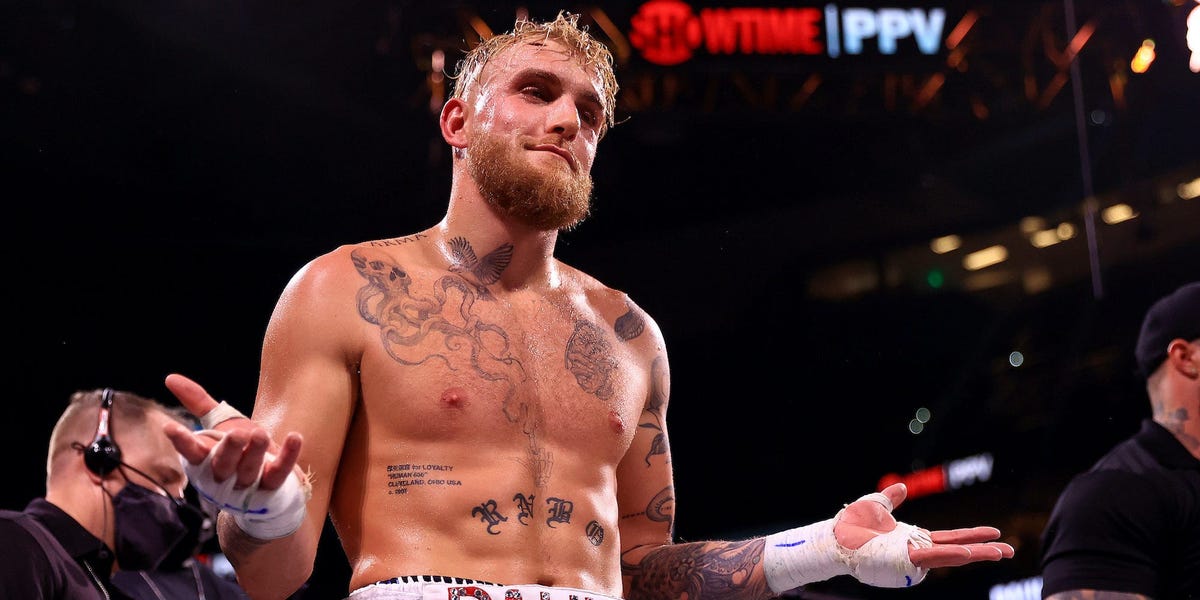 The goal of Jake Paul’s new sports betting business, which debuted earlier this month after revealing it had acquired $50 million in investment, is to “TikTokify” gambling by developing an app that allows users to make so-called “microbets” as rapidly as they browse through videos.

After going live on September 2, Paul’s mobile betting business, Betr, has benefited from a surge in online gambling as regulations around sports betting online loosen and gaming applications flood the market.

However, Paul’s youthful fan base and the addictive nature of online gambling have prompted some experts to express concern about the emergence of microbetting and applications like Betr.

Paul, 25, rose to prominence quickly at the time when YouTubers started to experience heights of celebrity normally only experienced by A-list celebrities.

Paul also developed a close bond with his fans because they saw him as being genuine.

When Paul promotes a betting company, gambling becomes acceptable to his followers, according to Megan Kennedy Grundén, influencer marketing expert at Ariel, who spoke to Insider.

The truth of gambling, she added, is something that “these younger kids don’t know; they don’t comprehend how it works, how addictive it can be, or how the chances are stacked against them.”

“They believe that playing is simple, that it is just a game, and that they will be successful. If Betr succeeds, it will lead to a lot of problems in the future.”

By 2025, according to a J.P. Morgan research from January, Americans would spend more than $9 billion on sports betting, $7 billion of which will go into microbets like those offered by Betr.

Adam Arnaout, the founder of the legal company Arnaout Athletics & Entertainment and a sports and entertainment attorney, told Insider that Betr looks to be capturing and enhancing what makes gambling enjoyable.

“I believe it’s a very unique and useful notion to provide consumers the chance to have kind of an immediate pleasure and experience that sensation of winning in more regular intervals than was previously achievable,” he added. “People naturally want that sensation.”

According to Insider, Emily Hale, a social media expert at the company review website Merchant Maverick, Paul’s app seems to provide a rapid-fire method of betting that will provide users with an immediate high and promote repeated wagers.

Whatever your views on gambling, she asserted that this was undoubtedly a winning strategy. Particularly for younger audiences that have money to spare and aren’t concerned about their expenses.

While the firm works to get clearance in the jurisdictions where gambling is permitted, Betr has been made available for free.

“Betr believes that preventing underage gambling is crucial and we take that obligation seriously,” the company’s website claims.

“We do thorough identification checks to verify real money account holders are 21 or older,” it states. “We explicitly disclose the legal age to bet on all real money gaming products.”

Concerns are raised by Paul’s ‘TikTokification’ and his typically youthful fan base.

According to Arnaout, a “TikTokified” betting software makes gambling more accessible for those who are unfamiliar with the nuances of odds and making wagers with bookmakers.

It gives those who may be interested in sports betting the chance, he said.

Being more approachable, meanwhile, “also implies that you may lose sooner,” he said. Nobody currently knows whether this will cause users to abandon the app out of annoyance or cause them to lose money, he said.

Grundén said that she is worried about the young people who still support Paul and who will really be exposed to Betr advertising. Imagine an adolescent who began following Paul at the age of 13 and who is now of legal gambling age, Grundén added.

She said, “Jake Paul has already developed credibility and a connection of trust with this viewer, therefore the viewer regards Jake Paul as his “friend”.”

“Gambling, an already terrible business, is getting a new degree of quick gratification via microblogging, and it’s being promoted to this young age group.”

Paul most recently established himself via a successful boxing career, where he has generated millions of dollars in highly publicised matches against other sportsmen and celebrities.

Paul doesn’t have the finest reputation outside of the ring. He has lived up to his reputation as the “trouble kid” for years.

His early misdeeds included scaring his neighbourhood by riding loud motorbikes down residential streets, torching mattresses in his backyard, and creating pornographic stuff that was unsuitable for his intended audience.

Additionally, he has been accused of sexual assault and emotional abuse.

Additionally, Paul has been charged with “predatory” money-making techniques on several occasions during his career.

The majority of his viewers are kids and teenagers, and he has actively promoted “mystery boxes” to them, where buyers pay a predetermined price for a collection of surprises.

The enterprises have been condemned as being similar to gambling since, despite the fact that designer shoes and iPhones are marketed, the majority of presents in the boxes are far less costly.

Paul has a history of failing in business, as shown by the Financial Freedom Movement and Edfluence, both of which offered his audience lessons and advice on how to succeed as an entrepreneur but went out of business shortly after their debuts.

However, Arnaout said that the group Betr has put together to support Paul, which includes the former Miami Marlins baseball club general counsel, looks promising.

He is among the greatest in the industry, therefore he has the complete confidence of the speaker in his ability to ensure that they abide by all legal requirements. But it will be fascinating to see how it develops.