Skip to content
Go Home «» News «» Breaking News «» Jaguars at Jets: Preview, predictions, and what to watch for 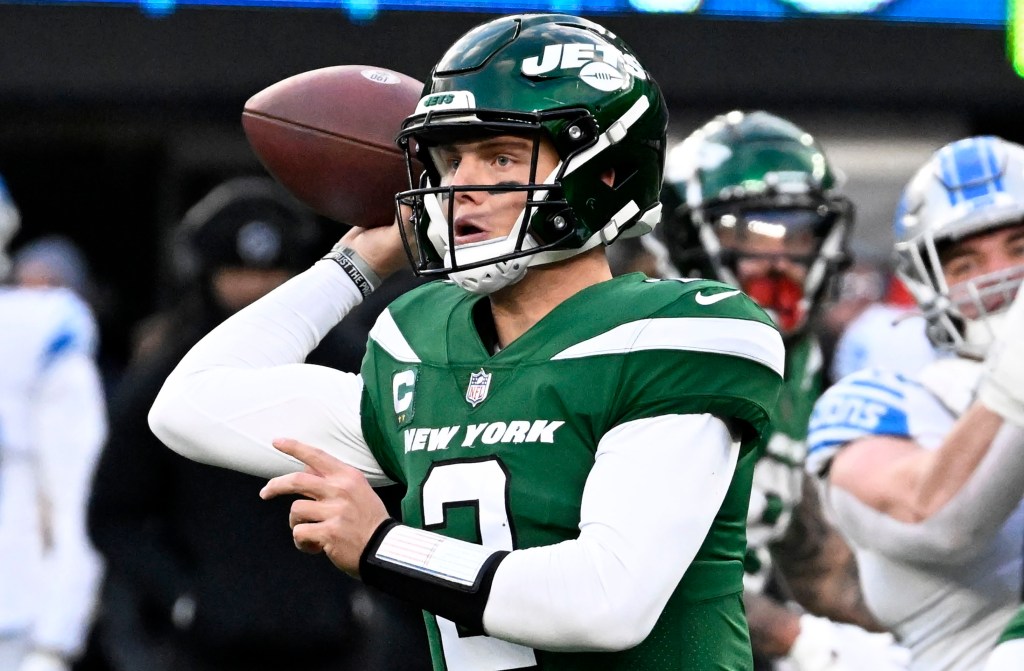 Okay, technically these two won’t play each other, but this is the matchup that everyone will be analyzing on Friday morning. Lawrence and Wilson were selected first and second overall in the 2021 draft. Lawrence seemed to be gaining momentum in his second season. Wilson is competing for his position. This analogy is compelling.

Wilson had a few bright moments in his return to the starting lineup against the Lions on Sunday, completing deep passes, but he continues to miss open receivers and appear slow to process information.

Wilson stated that he and Lawrence became acquainted during the pre-draft process.

Wilson stated, “He’s a fantastic guy, and I appreciate the way he carries himself and conducts himself.” Although I haven’t watched him closely, it seems he’s had a successful year. He is one of those guys that will never give up, and he will always do what’s necessary to ensure he’s progressing and getting better. I have a great deal of respect for him, therefore I’ll most likely greet him when I see him on the field.

In December, the Jets are a club on the decline while the Jaguars are on the rise. This will be a dreary, gloomy evening at MetLife Stadium with little offense. As a result of Trevor Lawrence’s narrow victory over Zach Wilson, the Jets’ playoff aspirations suffer another hit.

The offensive line for the Jets has become a problem. Last week against the Lions, the Jets had a season-low 50 running yards and no runs longer than 6 yards. The two tackles, Duane Brown and George Fant, appear to be in pain, as they are both playing with injuries. The Jaguars’ defensive line has suffered injuries, and its running defense ranks 16th in the league, so the Jets should be able to create openings against them.

Establishing the run game has been the most evident issue, according to Brown. “We take great pride in that. We’ve had some outstanding performances, but that’s essentially where it begins for us. Having a strong run game facilitates the passing game in numerous ways. When a team becomes one-dimensional, they might pin their ears back and rush the quarterback. You do not want to be in such a game against the opponents we have faced. It has been a focal area of attention this week.”

The Jets recorded at least one interception in each of their first nine games. Since then, they have won only one of their last five games, losing four of those contests. Thursday night, the defense must assist Zach Wilson and the offense by giving them short fields to work with.

“We must catch the passes that are thrown to us,” stated coach Robert Saleh. Since the bye week, I believe we’ve had six or eight turnover-worthy passes in our grasp, but we’ve been unable to intercept them.

In the NFL this season, there have been three punt returns for touchdowns; the Jets have allowed two of them, including last week against the Lions. The Jets will need their kick coverage and return units to perform well in order to assist the offense.

With an average of 11.9 yards per punt return, they are fourth in the NFL, although they have only one return of more than 20 yards. Given the Jets’ offensive struggles, a touchdown or even a large return might determine the outcome of the game.

Competent for prime time? Thursday is the lone scheduled prime-time contest for the Jets this season. There is a possibility that their games against the Seahawks and Dolphins in Weeks 17 and 18 will be moved to prime time, but as of now, this is it.

Can the Jets perform with the entire nation watching? In previous years, prime-time games have not been kind to the Jets. Since Week 1 of 2018, when Sam Darnold made his debut against the Lions on “Monday Night Football,” they have not won a game in prime time. Since then, they have dropped seven consecutive games in prime time. Baker Mayfield’s debut for Cleveland, Darnold seeing ghosts against the Patriots, the Patriots coming back on a winless 2020 team, and Mike White’s arm injury during a promising start in Indianapolis last season are examples of horrifying losses.

This season, the Jets have exorcised some of their recent demons. Victory in prime time would be a second objective.

»Jaguars at Jets: Preview, predictions, and what to watch for«