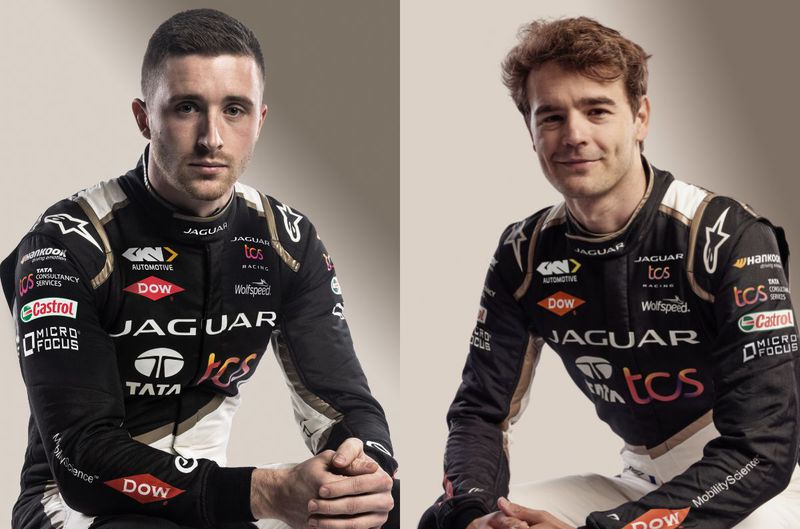 Tom and Joel will play significant roles in the Oxfordshire simulator and in the testing of the lighter, faster, and more efficient Jaguar I-TYPE 6 in order to assure its competitiveness.

Eriksson competed in Formula 4, Formula 3 European Championship, and DTM prior to DS Virgin Racing’s 2018 Formula E rookie test in Marrakesh. In 2019, the 24-year-old was selected the official test and reserve driver for Dragon Racing and participated in his second Formula E rookie test. In the 2021 Puebla E-Prix, he debuted in the ABB FIA Formula E World Championship for Dragon Penske Autosport. He then completed the final seven races of the season with the team.

33-year-old Tom Dillmann has been an indispensable member of Jaguar TCS Racing for the past two seasons, and he remains with the British racing team as it enters the Gen3 era. Dillmann has raced since the early 2000s and has competed in around 300 events since then. Tom’s career highlights include winning the 2016 Formula V8 3.5 series and the 2010 German Formula 3 championships. Since 2017 with the Venturi and NIO Formula E teams, Dillmann has competed in 23 E-Prix with the Formula E team.

Since 2017, Dillmann has participated in 23 E-Prix races in Formula E. Image credit: Jaguar TCS Racing
The reserve and test drivers complement the formidable duo of Mitch Evans and Sam Bird, who provide the team with critical continuity and consistency.

Jaguar TCS Racing will compete in the first round of the 2023 ABB FIA Formula E World Championship on January 14 in Mexico City. Cape Town, South Africa will host the fifth round on February 25.

“I’m very excited to join the Jaguar TCS Racing squad as a test and reserve driver. I’ve tried the Jaguar I-TYPE 6 in the simulator, and the technological, speed, and power advancements between Gen2 and Gen3 are truly astounding. This season, I hope to assist Mitch, Sam, and the engineers to continue the team’s success from the past two years.

“I’m excited to continue my participation with Jaguar TCS Racing. After our team’s best-ever season in terms of points, paired with the creation and introduction of the new I-TYPE 6, I’m eager to help everyone once again vie for the World Championship.”

“Everyone at Jaguar TCS Racing is thrilled to welcome Joel as one of our reserve, test, and simulator drivers for the upcoming season.” So far, his work on the simulator has greatly impressed us. We are thrilled to have Joel join the team, since he has an impressive motorsports resume and a successful junior career. We look forward to working closely with him.”

“At Jaguar TCS Racing, we value consistency, and Tom contributes greatly to that steadiness. He has been a vital member of the team and has contributed to two of our most successful seasons in the ABB FIA Formula E World Championship. We are certain that Tom will continue his tremendous work and leadership into Season 9 and the upcoming Gen3 era.”