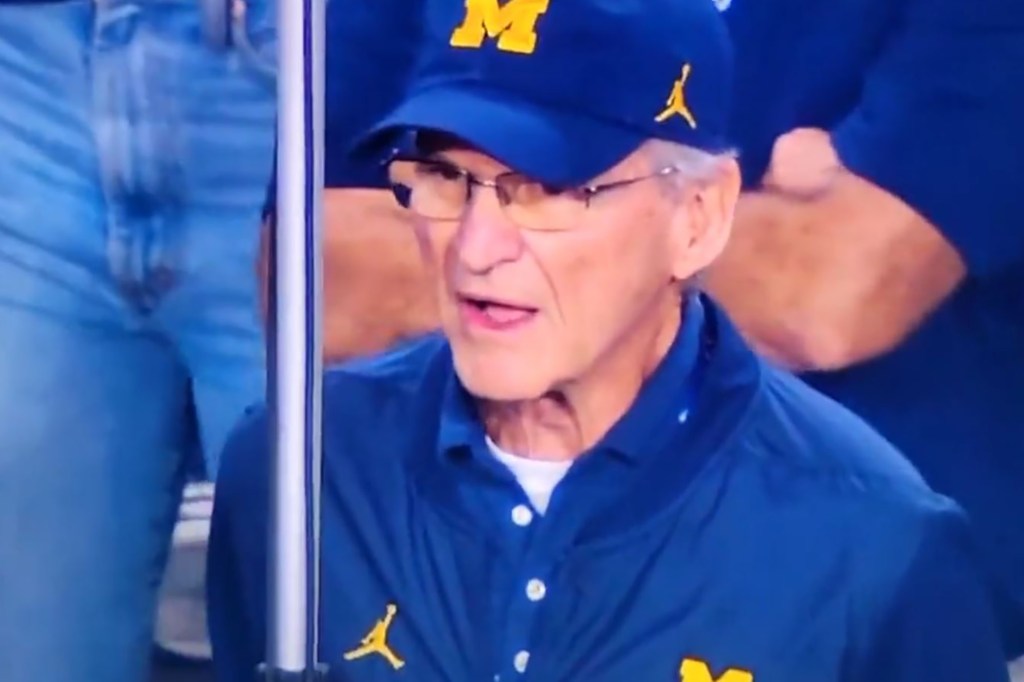 After falling down early, the Michigan Wolverines were unable to mount a comeback in a wild 51-45 College Football Playoff semifinal loss to TCU in the Fiesta Bowl on Saturday.

Harbaugh, having all three of his timeouts and trailing by six points, decided to let the Horned Frogs run their next play after letting the clock run down to around 1:10 and used his first timeout with 1:07 remaining. As the seconds ticked down, ESPN switched to a shot of Jack Harbaugh rising from his chair.

It appeared that Jack asked Jim, “What are you doing?”

McDonough stated, “You wonder if Jack Harbaugh is wondering why his son isn’t calling a timeout.”

Michigan ultimately stopped TCU on three consecutive plays and received the ball at its own 25-yard line with 52 seconds remaining and no timeouts. They were shut out and suffered their first defeat of the season.