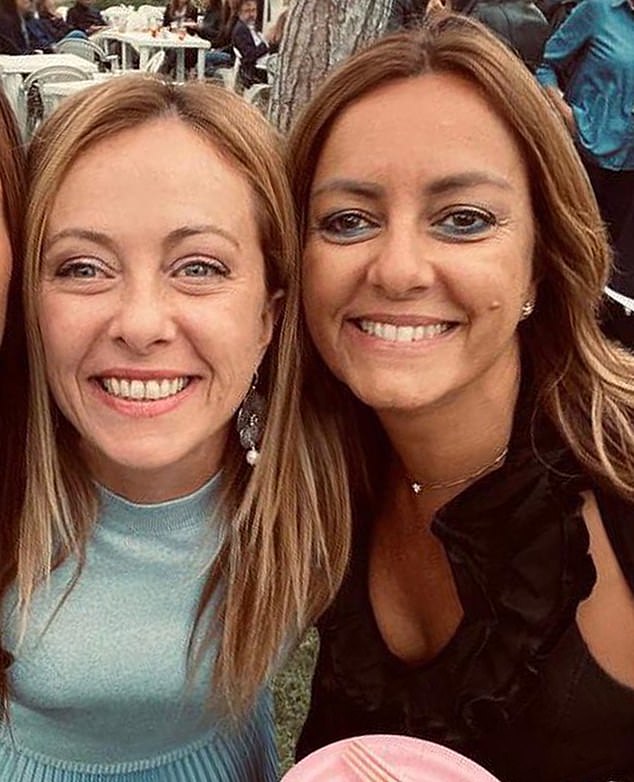 A friend of Italian Prime Minister Giorgia Meloni was one of three women slain over the weekend in a mass shooting in Rome, the lawmaker disclosed.

Sunday afternoon, Nicoletta Golisano, 50, a wife and mother of a 10-year-old son, was shot and killed during an attack on a gathering of a residents’ organization in a bar to the north of the Italian capital.

57-year-old Claudio Campiti opened fire on the gathering with a Glock pistol he had stolen from a local shooting range as part of a long-running quarrel with the association over his dilapidated residence.

Elisabetta Silenzi, 55, and Sabina Sperandio, 71, were were shot to death before 67-year-old local travel agency Silvio Paganini, who had been shot in the face, pulled the gunman to the ground.

Italian Prime Minister Giorgia Meloni has paid tribute to her ‘happy and lovely’ 50-year-old friend Nicoletta Golisano, who was killed in a mass shooting in Rome on Sunday.

Ms. Golisano was one of three ladies fatally shot in this bar in a northern suburb of the Italian capital when 57-year-old gunman Claudio Campiti opened fire on a meeting of the local residents’ association.

After the attack, Ms. Meloni paid tribute to her companion, describing her as “happy and lovely.” There is no evidence that Ms. Golisano was intentionally targeted due to her relationship with the Prime Minister.

The incident also resulted in the injury of four others, one of whom remained in severe condition as of Monday.

After Campiti was subdued, police arrived and captured him, apparently discovering an additional 150 bullets and a second magazine for the weapon in his pocket.

In addition, he was reportedly carrying his passport, £5,000 in cash, and a backpack filled with clothing.

Reportedly, Campiti was embroiled in a lengthy fight with the homeowners’ association over the half abandoned villa where he resided.

He is believed to have blamed the organization for the house’s lack of electricity and other essential amenities.

The tragic death of his 14-year-old son in a sledding accident a decade ago, according to local media, caused his life to deteriorate gradually.

According to local sources, the attack was the tragic climax to a long-running quarrel between Campiti and the organization over the partially-abandoned home where he resided.

Four more were wounded in the attack, which was only halted when Campiti was pulled to the ground and shot in the cheek by a local travel agency.

Police have stated that Campiti was a member of the shooting range where he took the rifle and had been attending there for “many years.”

Officers are investigating the firing range to determine how Campiti was able to exit with a loaded weapon.

During the incident, he reportedly entered the pub, closed the door, yelled “I’ll murder you all,” and then opened fire.

In an interview with the Italian newspaper Corriere della Serra, he stated, “Those were moments of sheer dread.”

Campiti fired his first shot, followed by a second that killed a woman, and then a third shot at a different woman.

“At that time, I observed him turn toward me.” I rushed onto his shoulders. He was capable of killing me.

The doctors concurred, stating that Mr. Paganini was fortunate to be alive after a bullet passed through his cheek without striking his head, neck, or any vital veins or nerves.

»Italian Prime Minister Giorgia Meloni says that a friend was slain in a coffee shop shooting.«