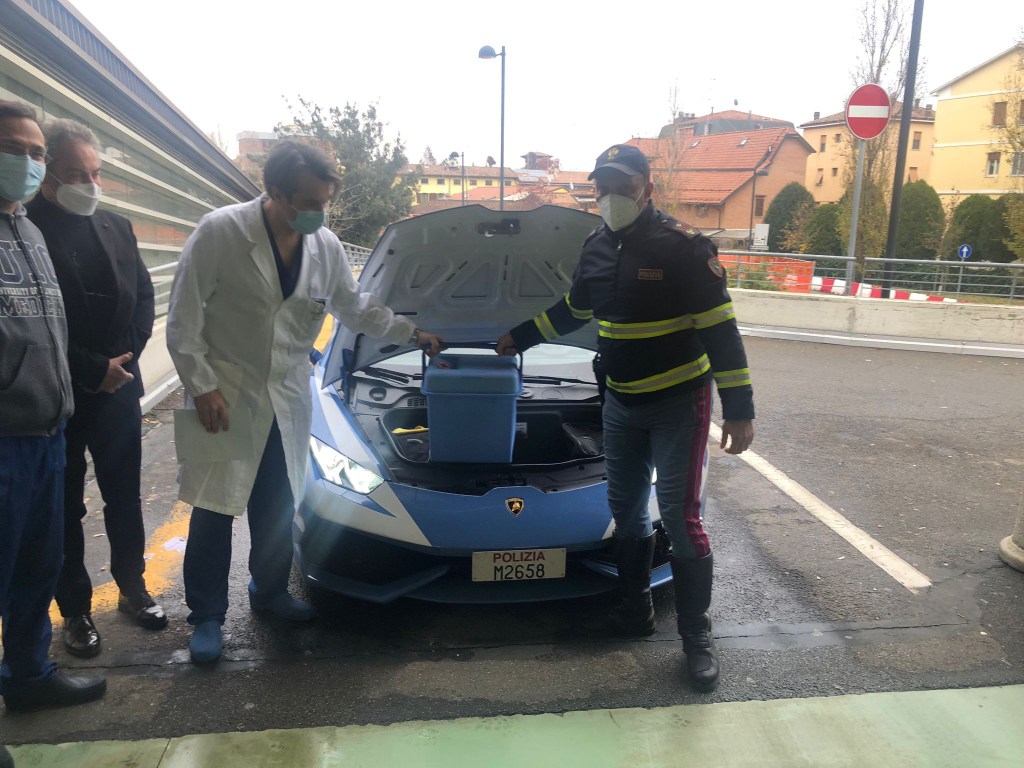 The nicest holiday gifts this year were not delivered by an ordinary sleigh.

The Polizia di Stato stated on Facebook, “Traveling on the highway to bestow the most beautiful Christmas gift: life.” “Thanks to the State Police’s Santa Claus, two individuals received a kidney… Have a pleasant life!”

According to the Guardian, police hurried the kidneys from Padua to Modena and then another 250 miles to Rome.

The department published photographs of its officers bringing organs to medical staff from a stylish white and blue sports car.

Lamborghini donated two of the specialised vehicles, which can accelerate from 0 to 60 mph in 2.80 seconds and have a top speed of nearly 200 mph, for the urgent transfer of organs.

To maintain the delicate cargo, the department’s Lamborghini is equipped with a refrigerated compartment for medical supplies.

Police recorded an average speed of 145 miles per hour to transport a kidney over 300 miles in less than two hours in December 2020.

The Huracán has been utilized in a number of life-saving missions.

The Drive said that in November 2020, police recorded an average speed of 145 miles per hour while transporting a kidney across 300 miles in less than two hours.

»Italian cops deliver a life-saving present in a customized Lamborghini«