Skip to content
Go Home «» News «» Breaking News «» Islanders hope to turn around their season during their trip to Canada: “We need wins.” 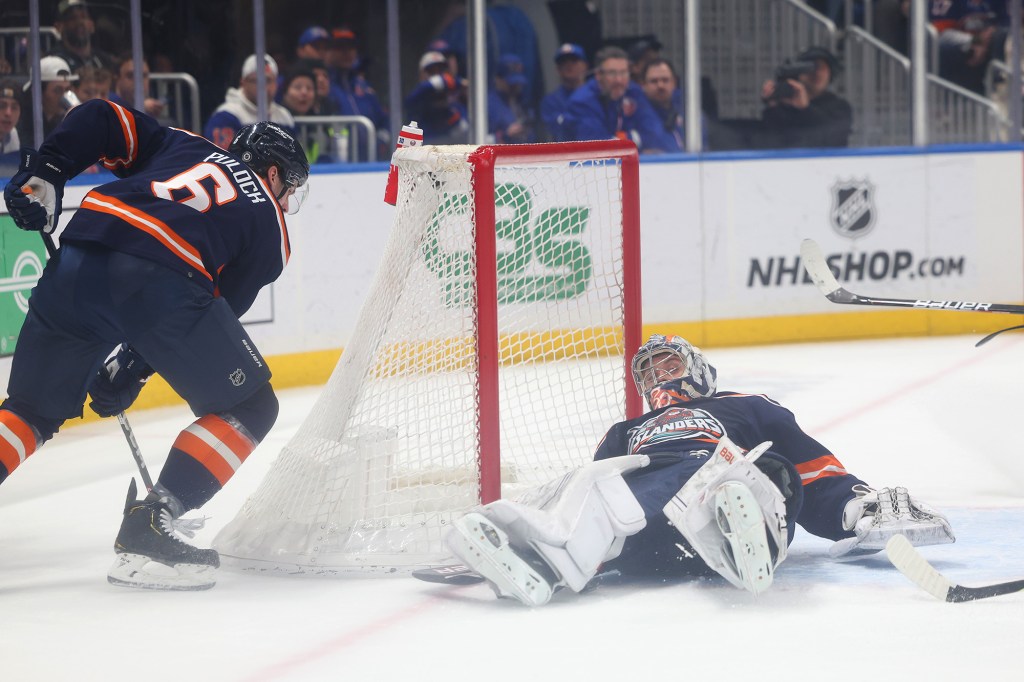 Perhaps the Islanders will discover relief north of the border.

This is the objective as they embark on a two-game road trip via Toronto and Ottawa in an effort to patch up their season using duct tape and superglue. They are not yet eliminated from playoff contention, and a winning streak might still alter the situation. However, they are in dire straits after losing eight of their last nine games, including only two in the month of January.

The Islanders are no longer chasing the Capitals and Penguins for the final wild-card position; they now have competition from the Panthers, Sabres, Flyers, and Red Wings as well. Following Saturday’s games, Florida surpassed the Islanders on a tiebreaker, and the Sabres might soon do the same with two games in hand and two points to make up. The Flyers trail by four points with one game remaining. The Red Wings trail by five points with three available.

In spite of all this, the Isles must still keep an eye on Washington and Pittsburgh, the only clubs currently in a playoff position.

“We just have to find a way to fight through it,” coach Lane Lambert said after his team’s 5-2 home loss to the Hurricanes on Saturday. “The games will soon begin. We need wins. We must discover a means to achieve these achievements.”

In the past two weeks, the Islanders have played six of seven games at home, winning just against the last-place Canadiens. Following Saturday’s game against the Carolina Hurricanes, the topic of debate shifted to the coach, who appears to be in trouble just 48 games into his debut NHL season behind the bench.

Brock Nelson stated that Lambert’s behavior has been “probably a mixed bag” “There were games in which we performed poorly, and he and the other players were all understandably disappointed. And there have been games where we performed well and he was optimistic. It will always be a roller coaster ride. Right now, it simply seems like we’ve been close but we still haven’t got [it]. I believe Laner and everyone else still believes we can turn things around.”

As players and coaches, it is their responsibility to believe this regardless of the standings. As a result, both Brock Nelson and Josh Bailey categorically denied the prospect that the Islanders’ core, which was maintained intact after last season’s disappointing playoff miss, will be torn up if they cannot turn things around.

Bailey stated, “I do not waste time thinking about it.” “There is no point in worrying about such matters in the future. Let’s concentrate on discovering what’s going on.”

Currently, though, it is difficult to manufacture excuses like the Islanders did last season, when a lengthy road trip and a COVID-19 epidemic essentially derailed their playoff chances. It is currently unclear when Adam Pelech, Kyle Palmieri, Oliver Wahlstrom, Cal Clutterbuck, and Hudson Fasching will return from their respective injuries. However, the concerns appear to transcend beyond this.

In February, when trade season heats up, Lou Lamoriello, the team’s general manager, may be confronted with an unsettling truth if they are unable to reverse their fortunes.

“It has been a difficult stretch here,” remarked skipper Anders Lee. “The mood is low following the game. This is bad. Therefore, we must find a means to find some life and energy and continue developing our game. That is your only option.”

»Islanders hope to turn around their season during their trip to Canada: “We need wins.”«