Skip to content
Home » News » News » Is this the NINTH Russian general killed in Ukraine? Reports of another blow to Putin’s failed war 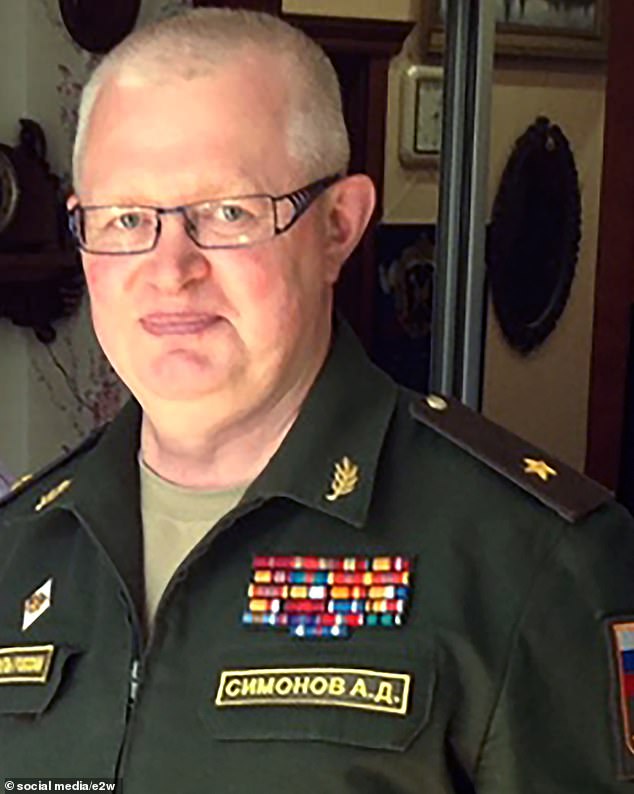 A ninth Russian general was reportedly killed in a Ukrainian artillery strike near Kharkiv.

Mr Arestovych told YouTube livestream viewers he was informed by well-placed army sources.Simonov died in a devastating fightback by the Ukrainians against a Russian offensive.

Simonov led electronic warfare within the 2nd Combined Arms Army and is a former cyber commander of the Western Military District.

Footage of the strike on the Izyum command post on April 29 was re-shared after it emerged Simonov may have been killed.

The Ukrainian Army said it destroyed 30 Russian vehicles during the artillery assault.

Simonov’s alleged killing adds to the 36 colonels and more than 300 Russian officers who have died in Ukraine so far.The Ukrainian Ministry of Defence claimed this morning it has killed 23,500 Russian soldiers, destroyed 1,026 tanks and wrecked nearly 200 planes since the war began.

Daily Mail foreign columnist Ian Birrell tweeted: ‘Russia is losing one general a week on average in Putin’s disastrous war, which must be an almost unprecedented rate of attrition for such senior officers.’

Putin has aimed to declare the success of his mission on 9 May, Victory Day in Russia, marking the anniversary of the end of the Second World War.

From Kirov region, the Major-General was a graduate of the Tomsk Higher Military Command School of Communications.

Just two weeks ago Russia’s eighth slain general Vladimir Frolov’s grave in St Petersburg was pictured.Frolov ‘sacrificed his life so that children, women and the elderly in Donbas would not hear bombs exploding again’, the St Petersburg governor said as his friend was laid to rest.

The general was from a military family and ‘died the death of the brave in battle against Ukrainian nationalists’, Alexander Beglov added.

He was ‘a true patriot, a brave and courageous man’ who ‘honestly and to the end fulfilled his military and human duty.’People will not forget their heroes. Eternal memory to him.’

He became the 42nd high-ranking officer known to have died in a war that has haemorrhaged Putin’s top brass.

The scale of the death toll invalidates Vladimir Putin’s claim that his ‘special military operation’ is going according to plan.